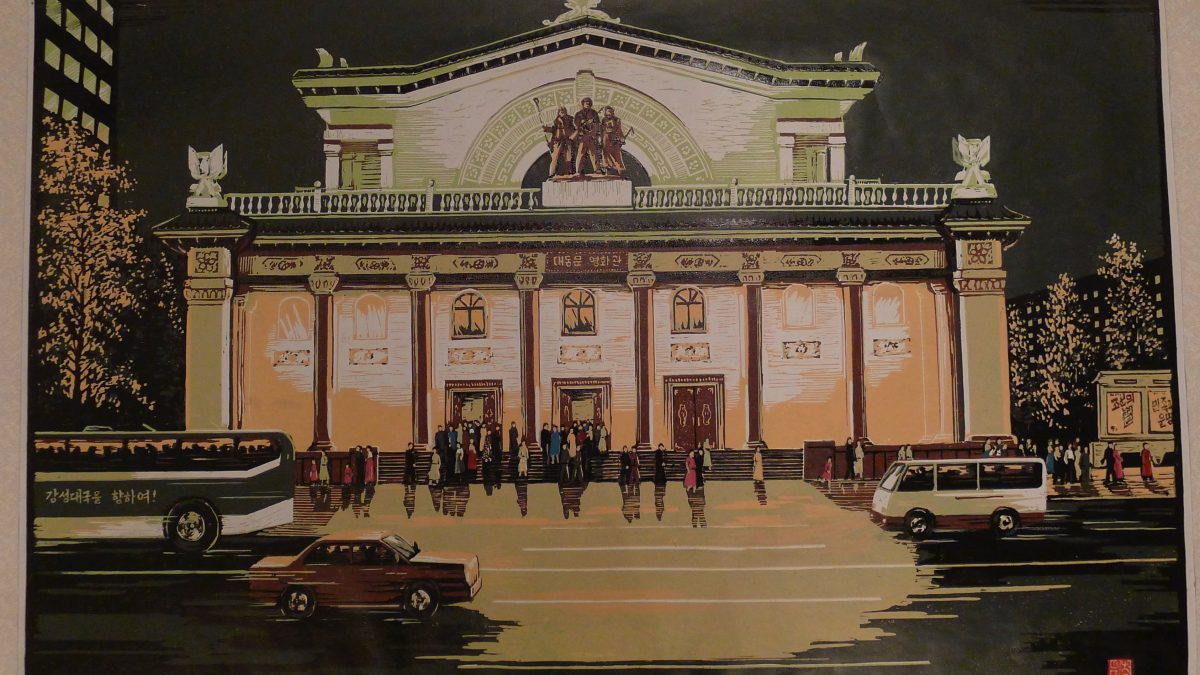 A space mystery ‘Road to the Stars'

Talking of groovy movies, I was recently given a paper to read by Dima Mironenko North Koreans at the movies in the 1950’s and 60’s(2016) which was interesting enough but what really fascinated me was this photograph of the Taedongmun Cinema from 1959. It warranted a closer look and revealed various layers of interest which I thought readers might enjoy.

LAYER 1: OH NO, IT’S A MONTAGE What I noticed first is a bit of montage going on (we see this quite often in North Korean photography, sometimes to make a scene more beautiful but often a bit of stick and paste to match the historical narrative) the billboard is superimposed as can be seen by the white line curving around a couple of interested passers-by. Had the billboards indeed been placed in this spot outside the cinema on Sungri Street, it would not be long before they were knocked down by a trolley bus. Also, there is a bit of fakery as it looks like a night screening- but films were then (as they are now) only screened during daytime; either you go on a Sunday or you have to ask permission from your manager to take time off work.

At Koryo Tours & Studio we know the neo-classical cinema well; we have popped in here for various functions over the years but none more prestigious than for a screening of our film ‘Comrade Kim goes Flying’in 2014- it was winter and freezing inside and out so everyone was wrapped up warm.

No need for me to waffle on anymore as there is the perfect DPRK promotion video here which includes this superb bit of narration“The cinema house has recently added a new gorgeousness to its original architectural beauty.” You can go to our blog on the cinema here:

The importance of the building is also shown in a couple of linocut in the Koryo Studio collection:

In the photograph the billboards promoting the film are everywhere; not only the large ones at ground level but also smack bang on the first-floor balcony, these would have been hand painted – which is still used in cinema promotion the country.

I came across this more recent footage which shows film posters displayed in a range of locations. In hoardings and on the first floor- one of the images looks like ‘Nameless Heroes’, an epic TV series which featured the US Defectors – more on them in here

However, since renovation posters cannot be splashed about the place – see the image below, all very clean and tidy:

The new tarted up façade.

From Left to Right: BATTLE OF SHANGGANLING (Chinese), NEVER ENDING STRUGGLE, VICTORY PEAK, ROAD TO SPACE (Russian). Insert on the first-floor balcony ‘The LITTLE CAPTAIN’ (looks like a poster with a child wearing a neckerchief of the Schoolchildren’s Union)

‘BATTLE OF SHANGGANLING’ 1956 Chinese film set during the Korean War and all rather desperate both in terms of action and watching it. A little side interest on how the theme tune of the song caused a spot of controversy decades later here: Chinese-born pianist denies he played song to insult U.S.Los Angeles Times 25 January 2011

Above a screenshot from the film, it appears there was a shortage of actors to play the US imperialists so the only glimpse you get of the enemy is in the form of an ammunition box. In 1959 the film will have been live dubbed, but you can go a stage further and watch the film without this facility and practice your Chinese language skills here

‘NEVER ENDING STRUGGLE’ sadly cannot find any information on this other than it was released in 1957.

‘VICTORY PEAK’ again no more information on this available

‘ROAD TO THE STARS’ and finally the 1957 classic ground-breaking part documentary/part science fiction film about the past and future of astronautics. From the first experiments by Konstantin Tsiolkovsky to manned spaceflight and colonisation of the Moon. By twist of fate the filming coincided with the launch of Sputnik, the world’s first satellite, and during the edit the filmmakers were instructed to include scenes of this remarkable event. For the screening at the cinema the film will have been live dubbed not subtitled.

What surprised me about this was the similarities between the imagery in the film and the works we commissioned with North Korean artist Kim Kwang Nam. Somehow it seems this imagery (which is not a subject covered in North Korean fiction) must have filtered into the conscious of how and what space looks like. It reportedly was a blueprint for Stanley Kubrick’s 2001: A Space Odyssey which was filmed ten years after.

Film still taken from the 1957 film ‘Road to the Stars’

On a similar theme we had an email conversation with Doctor Xosé Crisanto Gándara who specializes in music and has travelled with us several times to North Korea:

In ‘Road to the Stars’, we see at minute 39:09 the image of the surface of a star/planet/the Moon. At that moment, the music changes: a dissonant melody played in unison by flute plus clarinet, accompanied by the string section, and with a fundamental sound: two vibraphone touch in E flat, that is, a “tremulous” sound.

We can appreciate this “tremulous Thereminesque” sound in Pochonbo’s version of the song “Where are you, Dear General” in B minor -both instrumental and vocal ones- from 1991, and again in the “thereminesque” version of the clock tower of Pyongyang station, in A minor [by the way, implemented by the Signal Corps Captain Kim Pyong Sam in December 2004]. The “only” difference is that in the latter cases, the “extra-terrestrial” voice is that representing Kim Il Sung.

So the question now is: how well did Kim Jong Il know about the sci-fi films of the Hollywood “Golden Age” from the fifties?

I hope you have enjoyed this look into one of the archive photographs- certainly ‘Road to the Stars’ must have been mind-blowing for the North Koreans who watched it at the Taedongmun Cinema in 1959. On our next trip there I will ask some old timers. 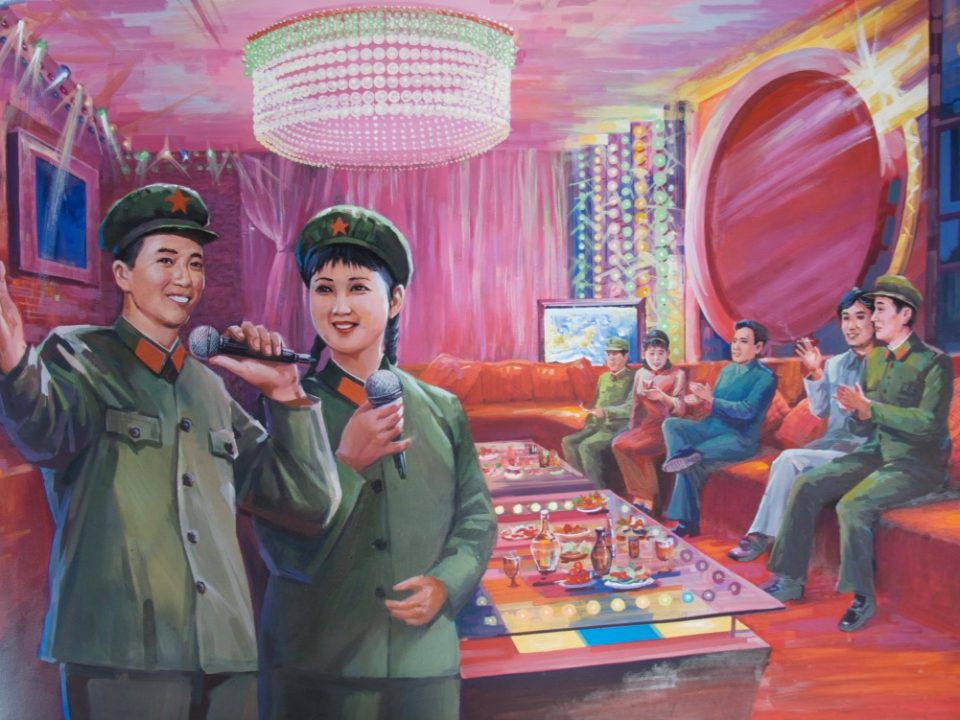 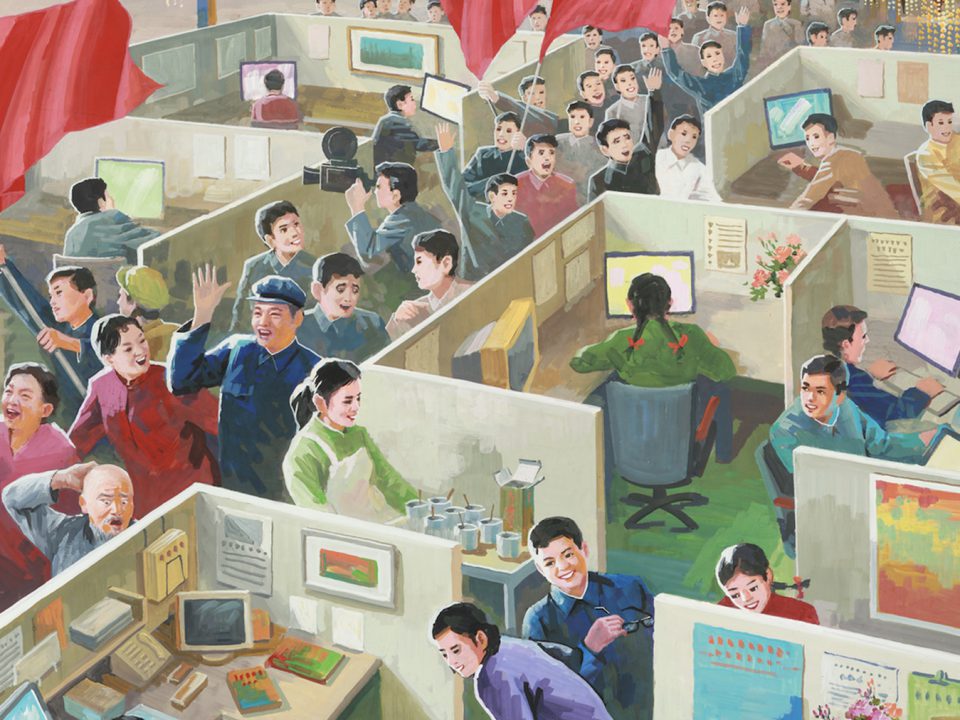 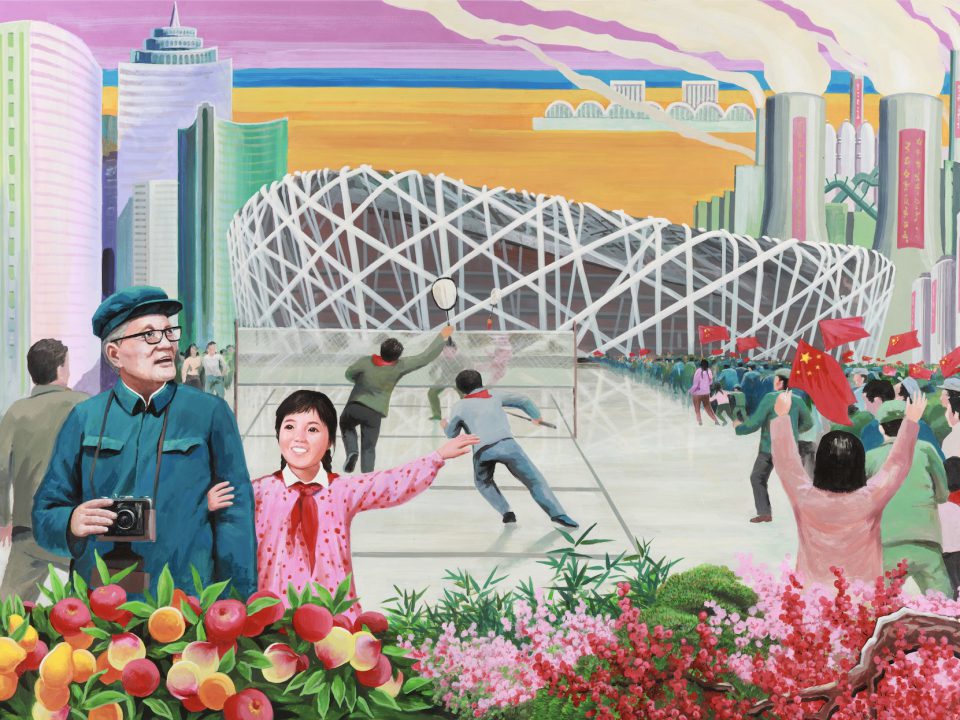