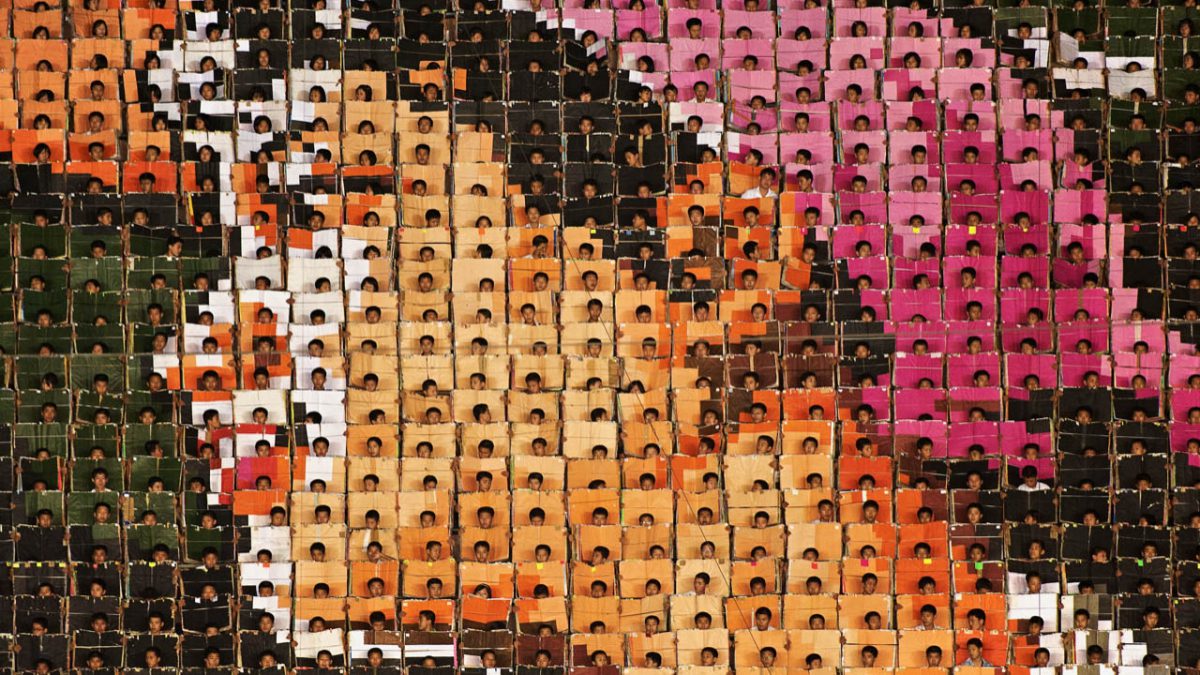 Ideology and Creativity in North Korean Music and Dance, by Keith Howard

During the mandatory confinement due to the COVID-19 pandemic of this spring of 2020, together with my duties as a Professor, two fundamental readings are part of my day-to-day.

On the one hand, Beethoven. In this year that marks the 250th anniversary of the birth of the musician from Bonn, the number of dedicated recordings and events is enormous, and for this reason, the prestigious German publisher Bärenreiter launched a magnificent facsimile edition of the Ninth Symphony. The study of this work, probably the best-known piece of orchestral music played, analyzed, and interpreted alongside the history of the last 200 years, serves as a paradigm for approaching the music of Beethoven from multiple perspectives, not the least of which is the great diversity of aesthetical interpretations which have been generated from the Ninth Symphony’s premiere in Vienna in May 1824 to the present day.

My other lockdown text: the long-awaited book by Keith Howard, Emeritus Professor at the School of Oriental and African Studies (SOAS) at the University of London, Songs for “Great Leaders”. Ideology and Creativity in North Korean Music and Dance. Howard’s research on North Korean music has been going on for nearly 30 years, and this book serves to summarise and condense the results of all that work, making him the leading Western authority on the subject.

In addition to the obligatory sections in an academic work of this type, the book consists of nine sections, usefully articulated chronologically. As the author himself explains in the Introduction: “My account spans the period from 1945 to 2018” (p. 4).

In this sense, from the description of ‘the song’ as the foundation of all the music created and performed in North Korea, the research includes the study of instruments, both in its aspect of appropriation of the western instrumental palette, and of the kaeryang versions.

‘Kaeryang’ are basically ‘improved instruments’. A policy started in North Korea in the sixties, which meant to improve traditional Korean instruments, and discard some of them, to ‘compete’ with western ones means that traditional NK instruments as we see today are the result of those improvements made since the sixties, The most “popular” one was the kayagum)

Passing through the function, creation and recreation of revolutionary operas, the analysis of the Mass Games, that are interpreted in the sense off “mak[ing] the audience feel invigorated by means of forceful and vigorous gymnastic movements” (p. 185), together with dance as the main ally of these events, the description of the symphonic composition, again with the song as an element that shapes the works, until reaching the most recent musical expressions, with the Moranbong Band as the protagonist, and whose aesthetic narrative is explained in a very stimulating way as “Pop as state telegraph” (pp. 244-251).

In this sense, we, both the academic world as well as anyone interested in learning more about North Korean music, have access to a rigorous, serious and elaborate study in this book, which refers to a large number of sources in addition to all relevant secondary literature, and which constitutes the touchstone that marks a before and after in Musicology applied to the study of music in North Korea.

Student at the university of Music and Dance, playing the ongnyugum (harp zither)

As the same author points out, “This account ends in 2018 … [and] If you are reading this, you will know more than I do now, and, hopefully, still more pieces of the jigsaw, the puzzle and enigma of North Korean music and dance, will have been slotted into place” (pp. 266-267). Indeed, for the author of this review, who has been researching North Korean music for almost four years, and after two visits to the country in 2018 and 2019, it is possible to add some other pieces of the jigsaw. But the aspect that was pointed out at the beginning, the coincidental and at the same time suggestive conjunction of Beethoven’s 9th Symphony’s bicentennial year with the publication of the book reviewed here, allows us to elaborate a new interpretation in the sense of what Professor Nicholas Cook pointed out almost three decades ago in his seminal study on “The Ninth”, and which is still in full force today: the critical approach to North Korean music must consist of interpreting its meaning over and over again.

This approach does not have to take shelter only in the vision that emanates from how we understand the guidelines of the North Korean State regarding this way of producing art, unavoidably accompanied by the pertinent ideology of Juche, but it is necessary to incorporate other elements into the equation, among which I would point out the ordinary North Korean citizen, and of course the foreign tourist / researcher.

Therefore, I highly recommend and encourage everyone who wants to learn more about North Korean music, to enjoy reading Keith Howard’s book. The interpretations of the reader, whether or not it comes from the specialised field of the discipline, will provide a new vision. Neither better nor worse than another, but simply different, and will help to understand much better the music of this fascinating country, actually from North Korean society as a whole, just as a revolutionary musician from Bonn did about both Viennese music and society two hundred years ago. But that’s another story!

Celebrating he birth of Kim Jong Il in the “Arirang’ mass spectacle, with femail guerilla fighters playing the ’new’  lute and dancers dressed as snowflakes.

The photograph is by Werner Kranwetvogel and is available on here