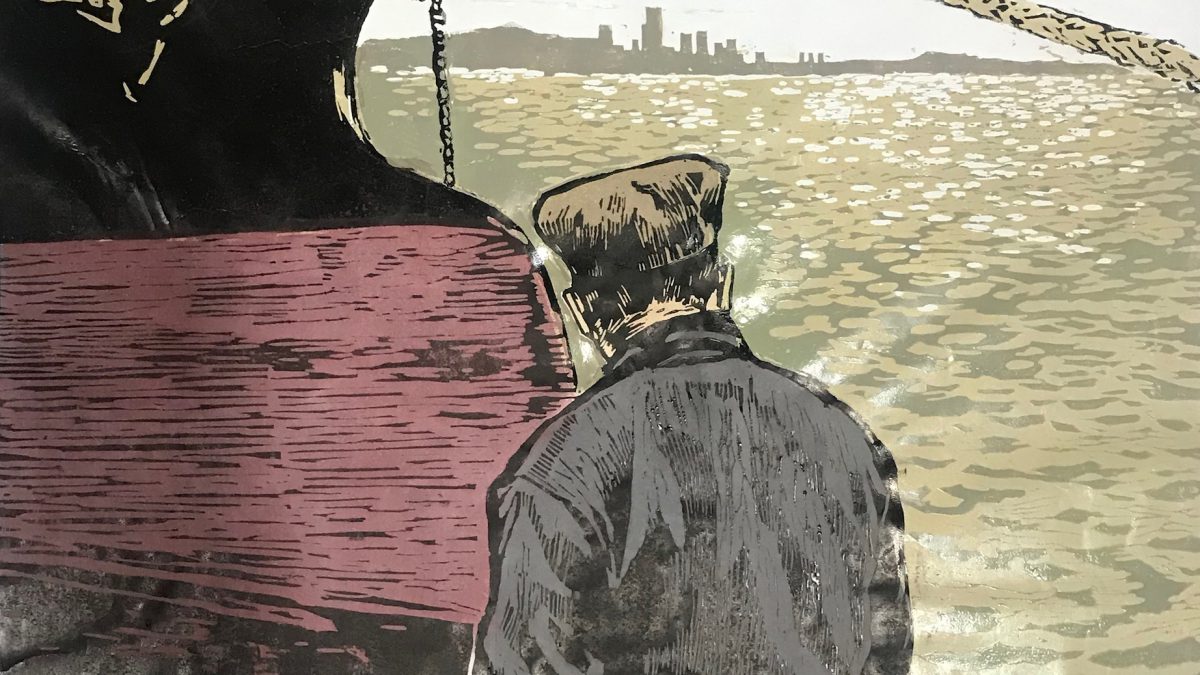 The Fisherman is a simple but remarkable piece portraying an elderly man on the quayside with only the slightest hint that he is fishing.

We had asked Hwang to produce works that were not all smiles of socialist realism but more social realism, more down to earth. The protagonist appears to be gazing out to the city of Wonsan but it is the lack of story that is so remarkable.

The tension is in the composition, time has stopped, the man and the ship confronting each other. Hwang said it was one of his most unusual pieces but he loved the shapes, the serenity and the idea that the viewer could not get inside the mind of the fisherman.

‘It is about personal space’ he said.

For North Korea art, this is probably one of the most ethereal and evocative pieces of work you will see.

The linocuts were one part of the project ‘Ship Building’ that I commissioned in 2011.

The full body of work was almost completed (inks, oils, linocuts) but because of an internal problem the project was cancelled at the last moment. It was reminiscent of a previous commission

Around 6 years later I was offered in Beijing some of the artworks which I had not seen since walking around the studio with the artists.

Not only had we lost a large sum of money for the commission I was now being asked to pay for the work again. Needless to say, I refused, but it still torments me, the works that were produced were remarkable and may never be seen again. I could not track down the work and it was all hushed up.

The exhibition I had worked on for two years would never take place.