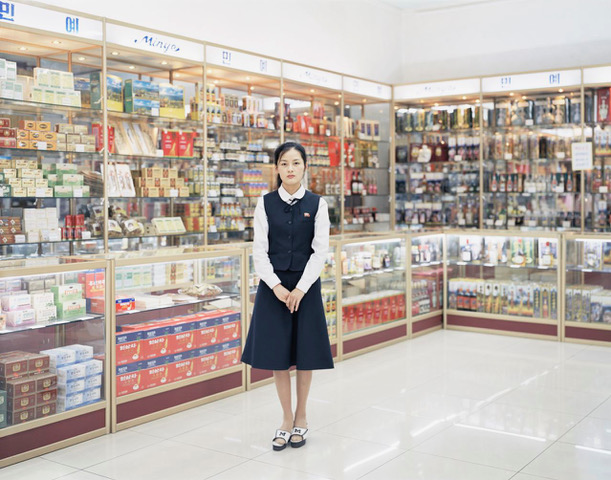 North Koreans tend to dress as well as possible at almost all times, and take pride in looking their best, so turning up randomly to take photographs of people inevitably involved a dialogue in which they would protest that they were too ugly or too young or not in their best clothes. It took much flattery from the guide before most people would agree to being part of a project on ‘ordinary’ Pyongyang. But then again, that is hardly surprising as ‘ordinary’ Pyongyang just hasn’t been photographed much before.

We tried to photograph the traffic police; very beautiful girls armed with batons and a most incredible choreographed method of conducting Pyongyang’s relatively empty streets. We managed a three-minute photography session but as the traffic piled up we had to abandon the shot. Our guide looked at us and said: “In Korea anything is possible”, in a muted voice we caught his caveat “sometimes”.

Even though most of the people we met in Pyongyang did eventually agree to have their photos taken, it took us some time to persuade our guide to have his own portrait done. He eventually agreed while we were inside the Changwangwon Health Complex and stood proud and tall against a bright pink wall. When he saw the Polaroid of the shot (Charlie took a polaroid camera around with him for the protagonists as a keep-sake), he was most dismayed that the missing button on his shirt was slightly visible and was concerned that this might reflect badly upon his nation. Koreans are greatly concerned with how the outside world perceives them and our guide worried that his missing button would give the wrong impression. We of course had not even noticed this detail; the pink wall and his wry smile were distraction enough!

Visiting DPRK first became a possibility for most nationalities in 1986, when Pyongyang opened its doors to tourists from outside the socialist bloc and non-aligned countries. Numbers now run up to around four to five thousand tourists a year from the western states and many times that number from neighbouring China. But even so, most people in Pyongyang are not accustomed to seeing foreigners on their streets:

Welcome to Korea. From the National Tourism Administration Guidebook (2002)

It is certainly true, Tourismisstill an unfamiliar concept, but visitors find it one of the most remarkable trips you can make on this planet. Or could make, but the virus has put the kibosh on that. Quite what will happen once the borders open and if international tourism re-starts we do not know. One thing for sure is that the people we have worked with in Korea since setting up tourism in 1993 are very keen to have us back, and not just for the money and the job but for the exchange. Koreans like having foreign faces around, hearing the world news from a different source than the monotone of the government mouthpiece, seeing the fashions and the gadgets that they are unable or not allowed to possess.

There are two main ways to get to the DPRK. Either you take an Air Koryo flight from Beijing, Shenyang, Shanghai, or Vladivostok, or you take a sleeper train from Beijing. From arrival to departure, tourist groups are accompanied by two guides whose job is to escort the foreigners from morning to evening.

The spine of the city is the River Taedong- frozen in winter so that you can walk across it from Kim Il Sung Square direct to the Juche Tower; in summer it is warm enough to swim across. There are intimate places for couples to sit and smooch DPRK style, and enormous spaces such as Kim Il Sung Square that dwarf you, unless you happen to be amongst the many tens of thousands involved in the famous Mass Dance soirees on national holidays.

There are enough monuments, museums, historical and revolutionary sights to keep you occupied in Pyongyang for several revolutionary weeks, but a shorter visit is enough to build up a general picture. A great many such places are dedicated to the late President Kim Il Sung and the Juche Idea – DPRK’s state ideology which asserts that man is master of his destiny.

At each of these sites there are female guides, dressed in traditional costume, who go into laborious detail about the height, breadth, and length of the monuments under their charge. It is an experience not found anywhere else on the planet – what other nation can boast tour guides who know not only the dimension of monuments but on occasion how many bricks are in each, and why that number was chosen? Many of the guides are responsible not just for foreigners but also for guiding the tens of thousands of local tourists who come to visit from the hinterland to see what they regard as the most beautiful city on earth (they don’t have a lot of choice seeing as it is probably the only capital they will ever visit).

Now, the majority of our tourists find that our guides, the ones that accompany us all day, are surprisingly open and genuinely friendly and helpful. Some initially fear that the guides are automatons there to shepherd them around a pre-arranged itinerary and to keep them away from the real DPRK. Whatever, the guides are not there to convert you to their cause – they are simply there to show you their country’s achievements. Respect this and you will find yourself seeing and hearing more than you thought possible. But if you make fun of them, then you will be given a standard and rather restricted tour.

We find that our guides are the key to finding out about the day-to-day life of Pyongyang, and fill up on the details of everyday life, from shopping to the local soccer league, the latest hairstyle or movie. Of course, the guides are hardly regular citizens themselves; they need to speak a relevant foreign language, have a university degree, and relevant political training.

The young guides of today have either graduated from Kim Il Sung University or the Tourism University and are trained in the art of handling Western tourists, chaperoning them from one sight to the next without incident. As students, they may have had the opportunity to speak with the very few native English teachers who have started working at the Universities, they will likely have seen one or two Western films and have read many classic Western texts. Still, most of them will not have travelled outside the DPRK and I remember one guide confessing that he was totally flummoxed by the accents of an Australian tour group he took around in 1988. Only by the last day did he become attuned to the Aussie twang, and he ended up just guessing the kind of questions they were asking.

Still, some can pull off the impossible; guides have waved off tour groups at Pyongyang train station only to find they forgot to give back the passports – and yet the passports were driven to meet the tourists at the border. They can sing and drink until the early hours and still be up at seven in the morning, professional and ready for the day’s itinerary.

One of the more unexpected moments I have encountered with our guides occurred on the second trip that Charlie and I went on. We decided to go to the Pyongyang Revolutionary Martyr’s Cemetery, a hillside burial ground just outside the city where rows of bronze busts mark the resting spots of the original founders of the DPRK. Both Kim Jong Suk, (mother of Kim Jong Il), and Kim Chaek, the first Prime Minister of the DPRK, are buried here. One of the guides with us at that time was a trainee. He casually mentioned that his grandfather was buried there so we visited his grave, complete with bronze bust, and listened as he explained his grandfather’s role in resisting the Japanese occupation of Korea (1910-1945) and then fighting the Americans in the Korean War. He was clearly proud of his heroic ancestor and probably owed his privileged position in contemporary DPRK society to his efforts in these all-important conflicts.

Another time, my sister visited Pyongyang. The guide in traditional clothes at the Arch of Triumph greeted her like an old friend: “Oh, how your children look like you, how they have grown”! Of course, my sister had never met the guide, but I had done so on plenty of occasions over the years, and had shown her photographs of my family, which she had clearly remembered.

In comparison to other post-war cities, Pyongyang is indeed very beautiful. As the city was levelled during the Korean War, its urban planners had a blank slate for constructing their socialist utopia, on an ancient and very pleasant spot around a bend in the Taedong River, occupied for millennia and with a deep and complex history which had tragically been all-but-annihilated in the devastation of the wartime bombing.

Pyongyang offers the visitor stunning architectural forms such as Sports Street (where the buildings are designed to reflect the sport they house) to activities such as a cold shave with a guillotine razor at the Changgwangwon Health Complex. The tree lined streets are generally quiet, especially on a Sunday which is a ‘no traffic day,’ but on national holidays you will find tens of thousands of people on the streets and in parades.

Back in 2002, one of our tourists came across a platoon of soldiers marching down a broad avenue. Fearing the worst, he kept his camera firmly in his bag and edged away from what appeared to be the entire Korean People’s Army. From a safe distance, he braved a little wave – without breaking step, the entire platoon started waving back. It’s these little unexpected moments that resonate int eh memory as much as the visits to the major sites and events. Touching moments of humanity, of the kind we tried to capture while making Welcome to Pyongyang.

We hope this book on the people of this fascinating city might encourage similar exchanges, and that you enjoy looking at the pictures.

Welcome to Pyongyangwas published in 2006 by Chris Boot (many thanks to Martin Parr who kindly arranged the introductions we had taken Martin in with The Observer magazine back in 1996). 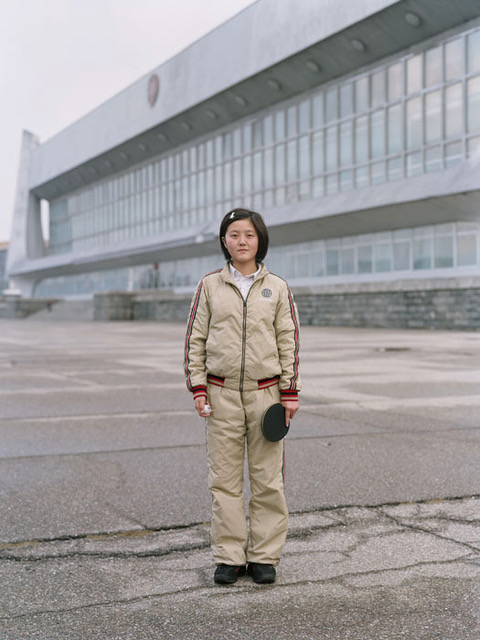 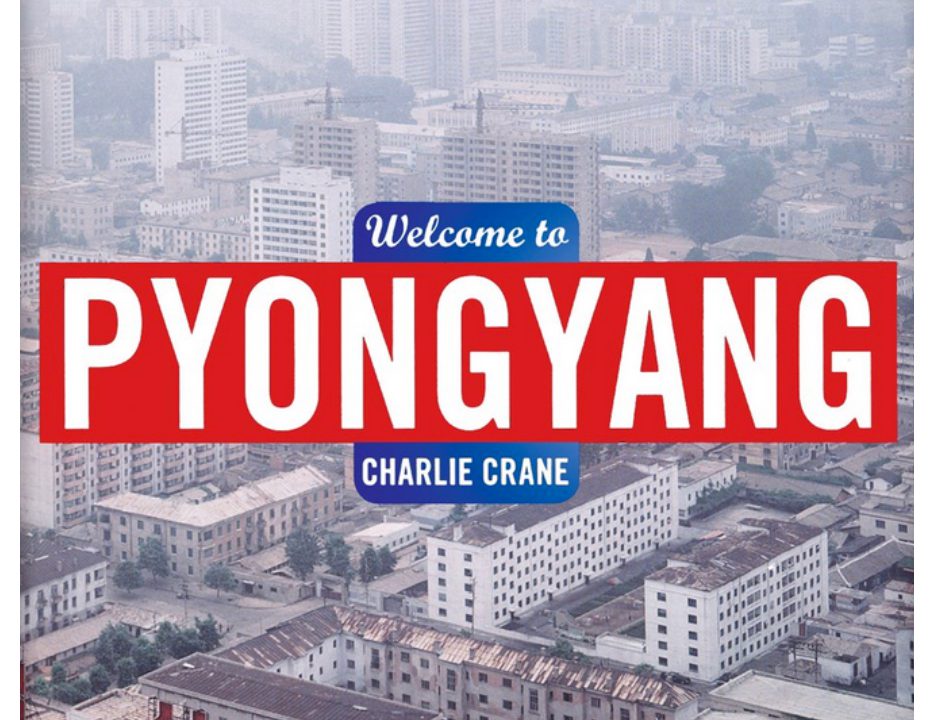