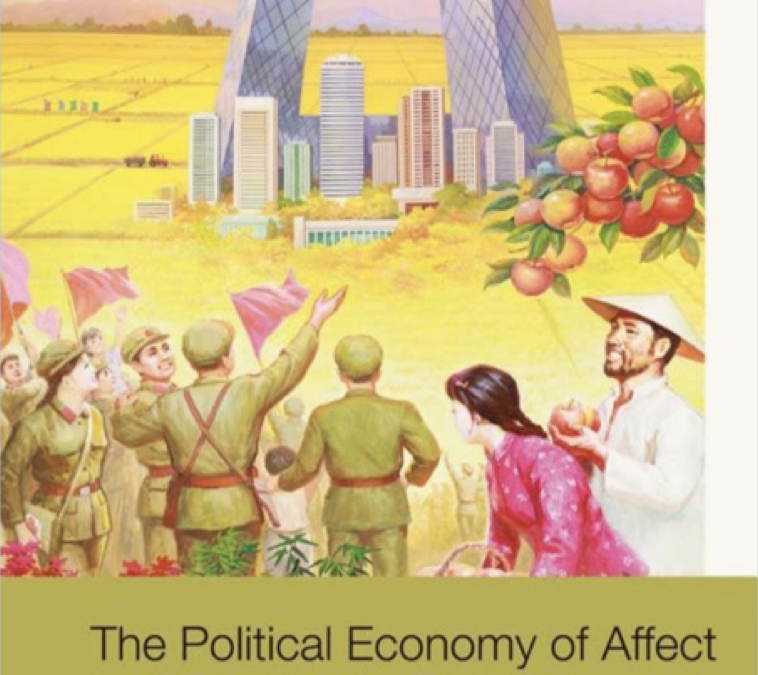 The Beautiful Future is a collaboration between Nick Bonner of Koryo Studio, Dominic Johnson-Hill of Plastered 8.
We sit them down for a Beautiful Future Q&A to answer all your questions. And to find out some insider info!

Why are you releasing the Beautiful Future prints now?

It took us seven years to decide to release this small number of fine-art prints. But, we were persuaded by the quality of modern-day printing. And the demand from our clients.

With the virus pandemic, we had time to think about releasing the prints. And although likely as not we will go back to the same old, same old… We still believe it is still possible for a (relatively) beautiful future.

When the original art was first released it became an overnight sensation in China.  It attracted over 200,000 comments in one day and became the highest-ranked topic on Weibo (a Chinese website similar to Twitter) for four days. Tell us about that!

We had held onto the art since 2008 waiting for the correct event to launch the project. It wasn’t until Beijing Design Week in 2013 that we decided to exhibit the artworks and overnight it went viral.

We were staggered at the popularity of the images and the way the Chinese took the art to their hearts. Partly because of the beauty of the pieces but also because of the questions it raised of where the country was heading. Was this socialist utopia China’s version of the ‘American Dream’?  The art opened a lot of debates and questions and became a massive sensation.

Did you ever get any feedback from the North Korean artists about what they think of the “Beautiful Future of China?”

I (Nick) met the artists for The Beautiful Future several times during the process of developing Dominic’s and my sketches. They are academically trained artists and the ones we selected had specialized in illustrative design. They are highly skilled but certainly, for them, it was an unusual project.

We gave them sufficient material to work from. Our sketches gave the structure of the paintings plus photographic images of buildings etc. We left the rest up to them. The only feedback we had was that the artists found it an unusual project. But enjoyable!

What is the Beautiful Future for North Koreans?

To speak on behalf of North Koreans is out of my remit. I imagine it is on the same lines as anyone else anywhere on the planet. Individual dreams tend not to differ around the world.

We made a documentary film “A State of Mind”  in North Korea in 2003 following the dreams and aspirations of two young gymnasts in the lead-up to the Mass Games.

Apart from their wish/duty to perform in front of their leader, their basic family values were the same as would be found in almost any other society.

The Beautiful Future artwork has been used in numerous publications and continues to circulate (right).

The Following Prints Are Available For Purchase: