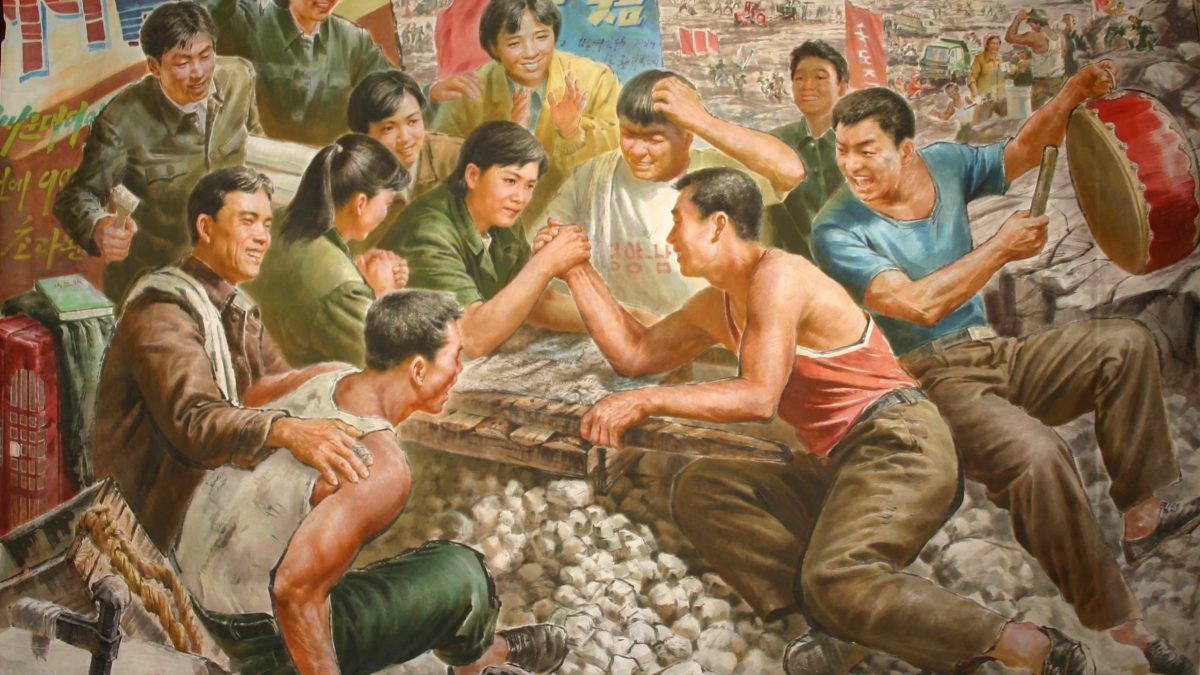 Women Are Stronger Than Men

Two paintings ‘Women Are Stronger Than Men’ based on the construction of the 46-kilometre-long ‘Youth Hero Highway’ connection Pyongyang to the west coast port of Nampo.

As the name ‘Women Are Stronger Than Men’ implies, it was built largely by students and young people out of school. These are known as ‘shock brigades’ because of the speed they apply to the job.

Women Are Stronger Than Men: 1

A woman is clearly going to knock the socks off her male competitor by holding the mallet on outstretched hand for the longest time.

The slogan on the hillside reads “Let’s Open the Route!”

Women Are Stronger Than Men: 2

The ink painting below (Kim Sang Hun dated January 1st, Juche 90, 2001) is set in summer with a young woman arm-wrestling a male colleague, and the impression is that she is about to win.

The billboard text reads: “The Strong Girl”and is giving recognition to the arm wrestler who has fulfilled a quota – perhaps in record time or simply by amount of work she has contributed. The chap scratching his head (he cannot get over the fact that a woman is beating his male colleague) wears the T shirt with the text PYONGYANG-NAMPO. In the distance on the hillside is the slogan: ‘WE DO WHAT THE PARTY DECIDES’.

The images are intended to create the impression of ‘wow look that girl is tough’.

In North Korea (as in almost all around the world) it is still seen as unusual that a woman can be physically tougher than a man.

Dressed in work clothes, these are young women competing on an equal footing and winning. Certainly, someone to be admired but stripped of femininity made to look like the odd one out.

Entertainment on major projects does take place, but there is no doubt that this project was particularly tough. Construction began in November 1998, and the opening took place in October 2000. It is likely that the project was undertaken to keep youth busy during the period as the country came out of the horrendous ‘Arduous March’.

We commission North Korean artists to produce works outside the confines of their studio briefs. 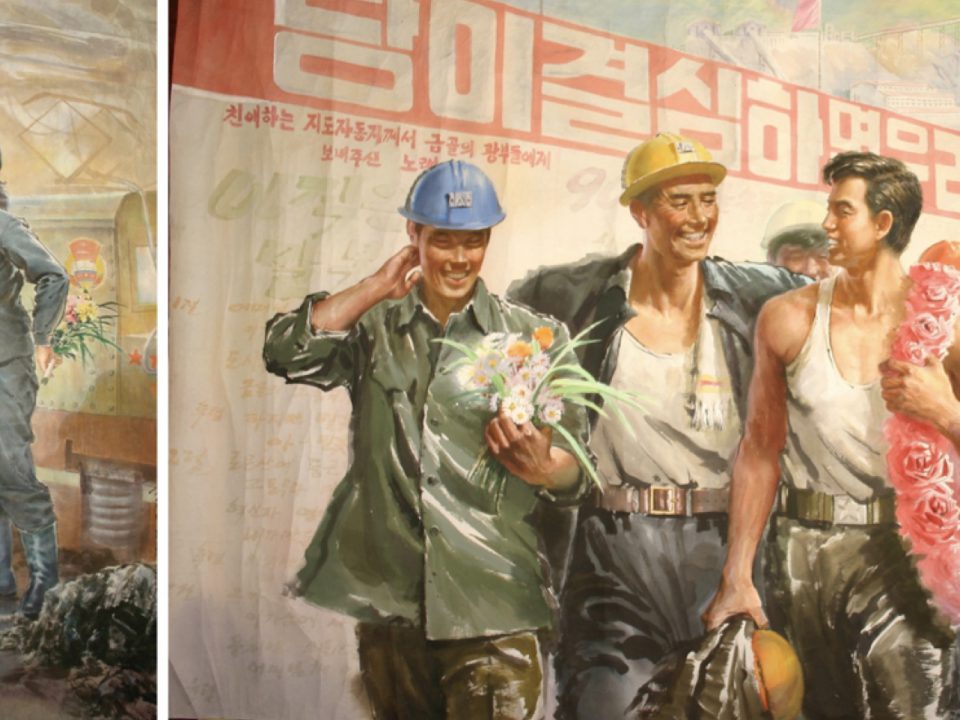