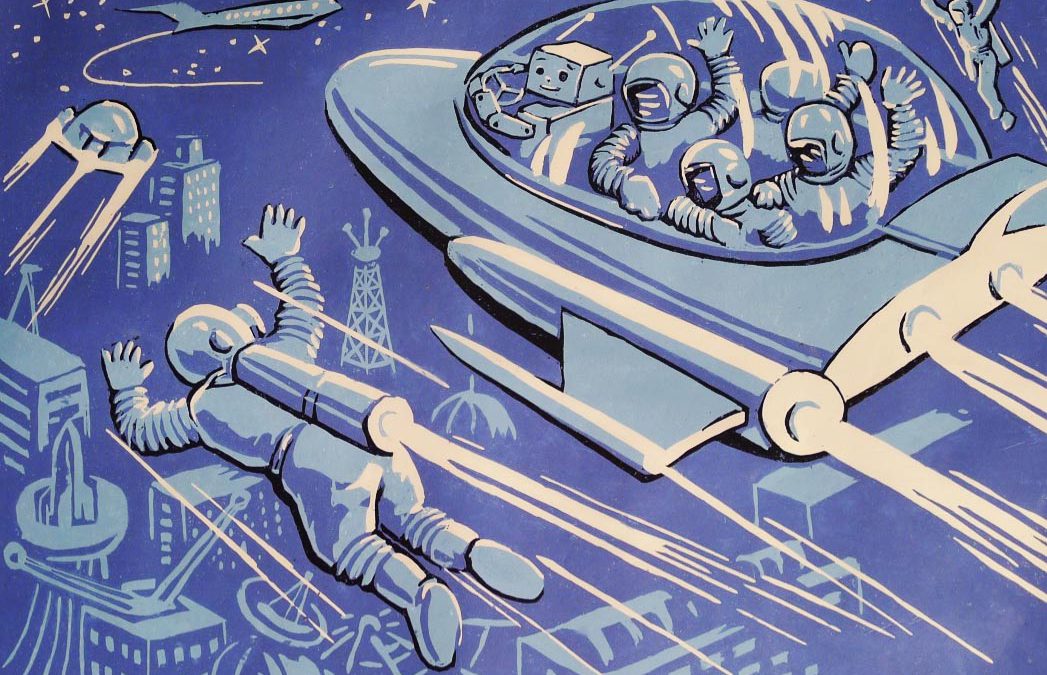 Underwater & Space: The Future is Bright

A series of 17 original linocuts depicting man’s exploration of the furthest reaches of our universe: outer space and the ocean floor.

The works are a collaboration between Koryo Tours founder Nicholas Bonner and North Korean artist Kim Kwang Nam. At time of publication, the series has been exhibited at Shanghai Design Exhibition, Jorgensen Gallery (University of Connecticut) and the Anna Schwartz Gallery, (Melbourne).

Having grown up under the influence of the Cold War in Britain and North Korea respectively, the two men share a nostalgia for the imagery of their childhoods. North Korea and the West have a shared history of publishing adventure comics and books about adventures in space and underwater. The Future is Bright is the result of these shared memories and is, in part, a response to that pre-existing dialogue.

As with many of the projects Bonner has worked on in North Korea, this series developed through the input of both parties, but using the highly developed skills of the North Korean artist to create the final pieces. Kim trained at Pyongyang Central Art Academy and after qualification worked at the prestigious Mansuade Art Studio, specializing in linocut.