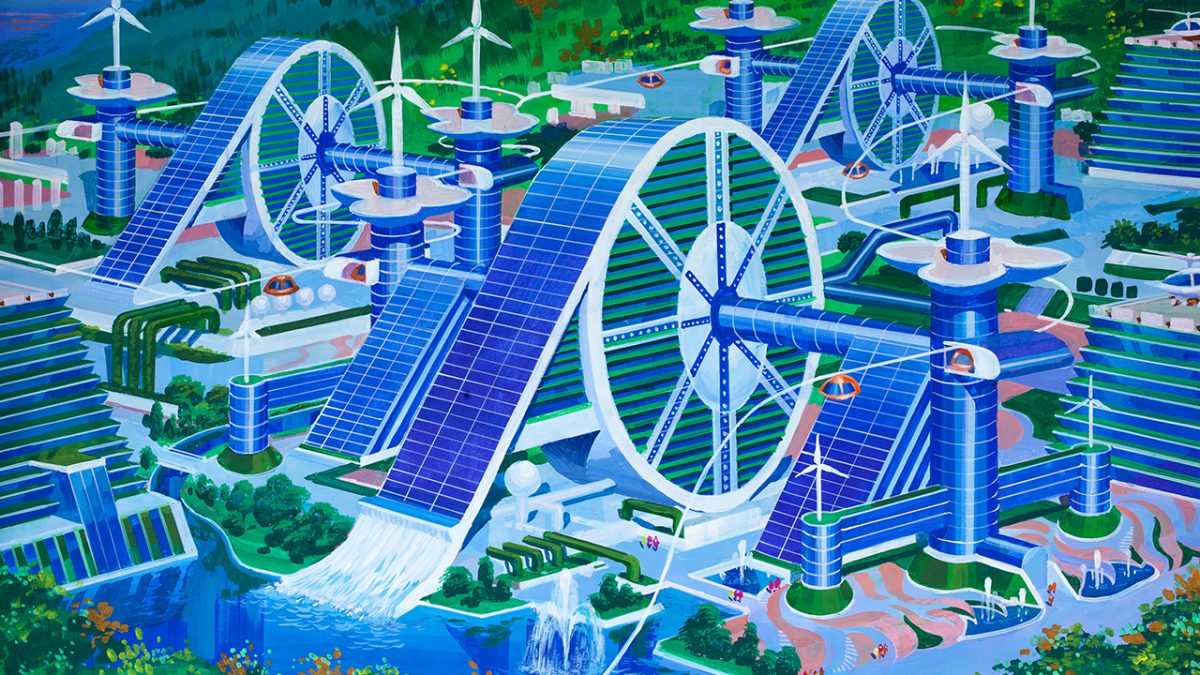 Korea Pavilion is an exhibition of North Korean propaganda posters, photographs and artworks

International participants to the Venice Architecture Biennale were invited to respond to the theme ‘Absorbing Modernity’. Minsuk Cho, curator of the South Korean Pavilion, wanted to attempt an ambitious project that united both North and South Korean art, architecture and ideas. Unable to contact North Korean artists directly, Cho approached Koryo Studio, who were able to make his vision a reality.

Koryo Studio provided artwork & photographs from it’s archive as well as commissioned work from North Korean architects, their work displayed alongside that of South Korean architects and planners.  The Pavilion won the Golden Lion, the festival’s top prize.

The pavilion was built in 1994 and was originally intended for a joint exhibiting between North and South Korea. The exhibition was a prologue to what is hoped will be the “First Architecture Exhibition of the Korean Peninsula” and was intended to reveal the way that a wide range of architectural intervention have reflected and shaped the life of the Korean Peninsula.

The joint Korea Pavilion was the world’s first dialogue between architects from both parts of the Korean peninsula, on display for the international community. The exhibition allowed North Korean architects to explore ideas about sustainable tourism and the country’s unique architectural style, all through the lens of a collectivist society. This perspective offered the North Koreans an opportunity to express their creativity with more freedom than they are typically permitted, and allowed the rest of the world to witness the vibrancy of North Korean artistic vision. The work was then exhibited in New York at the Tina Kim Gallery and surprisingly in Seoul at the ARKO Museum (funded by the Arts Council Korea and supported by the Ministry of Culture, and the Ministry of Unification).