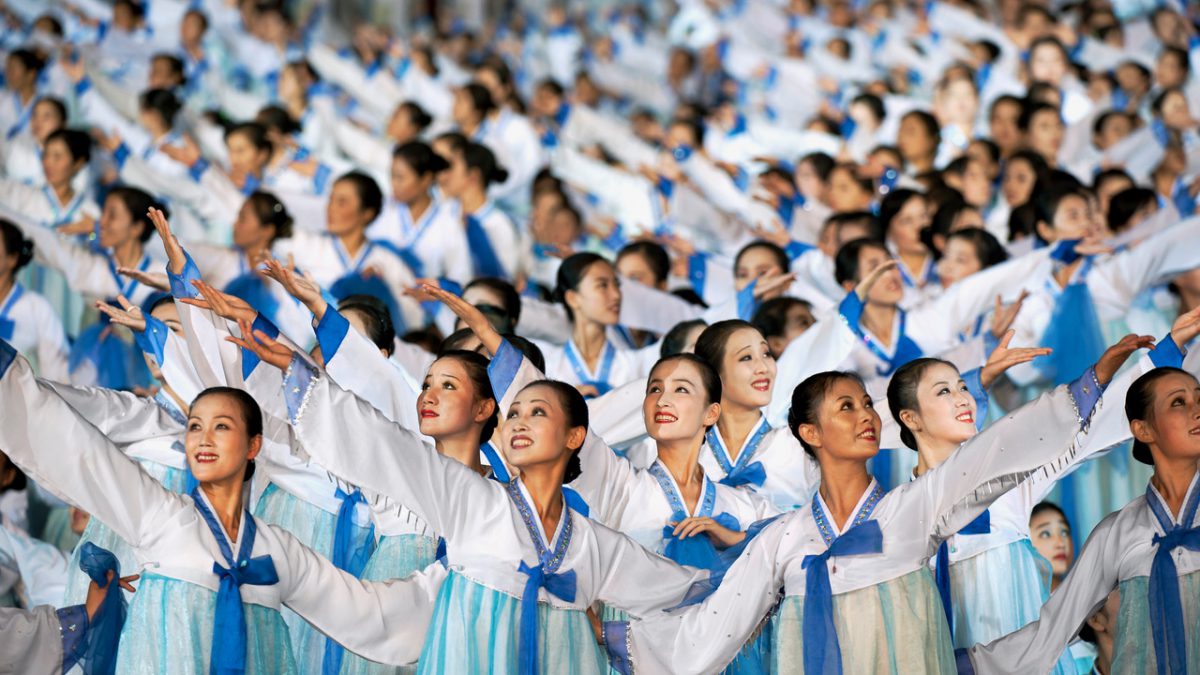 The North Korea Mass Games; the largest artistic gymnastic performance in the world, and truly a performance like no other.

The mass games in North Korea take place in the Rungrado May Day Stadium, the world’s biggest stadium, since 2002, putting emphasis on and showcasing group dynamics rather than the individual and play an important role socialist ideology. From 2002-2013 they were performed annually (apart from 2006). After 2013 there was a 5 bar break in the mass games, only to return again in 2018.

The performance is made up of three different main elements; the gymnastics performance, the moving picture backdrop, and the music. In more recent performances, the show has also contained more modern visuals such as 4D pictures, drones, and the use of fire in performances.

For the gymnastics aspect of it, there are around 80,000-100,000 performers from as young as 5 years old to university student age, as well as some older performers in specific music acts from famous musicians. You can see these performers practising around Pyongyang and Kim Il Sung Square in the weeks leading up to the mass games. Students are chosen for their talents from 8 different schools in Pyongyang, all of whom are represented by different colours.

These participants move in perfect harmony to tell key aspects of Korea’s history and culture through various performances and acts.

The backdrop of ‘human pixels’ is arguably the most spectacular part of the show. This field of synchronised humanity spreads across one whole side of the stadium and contains up to 20,000 individual students. Each of the students holds a large book with pages of block colours. When seen as a whole, it combines to create huge pictures. When the students turn the pages simultaneously, the whole scene, or just individual elements, change. This can create the illusion that the backdrop is moving. From afar, you can hardly tell that the image is indeed ‘pixelated’.

Koryo Tours have helped to create two publications on the performance;

A Night in Pyongyang is a photography project looking at the core elements of the Mass Games, a spectacular extravaganza of gymnastics, synchronisation and music involving over 100,000 performers.

A State of Mind is an observational film following two young gymnasts, 13 year old Pak Hyon Sun and 11 year old Kim Song Yun, and their families for over eight months in the lead up to the Mass Games—involving a cast of thousands in a choreographed socialist realism spectacular—the biggest and most elaborate human performance on earth.

Koryo Tours’ A State of Mind and the Mass Games

The Mass Games and Pyongyang’s May Day Stadium

A Short History of Mass Gymnastics

Mass Gymnastics in the DPRK 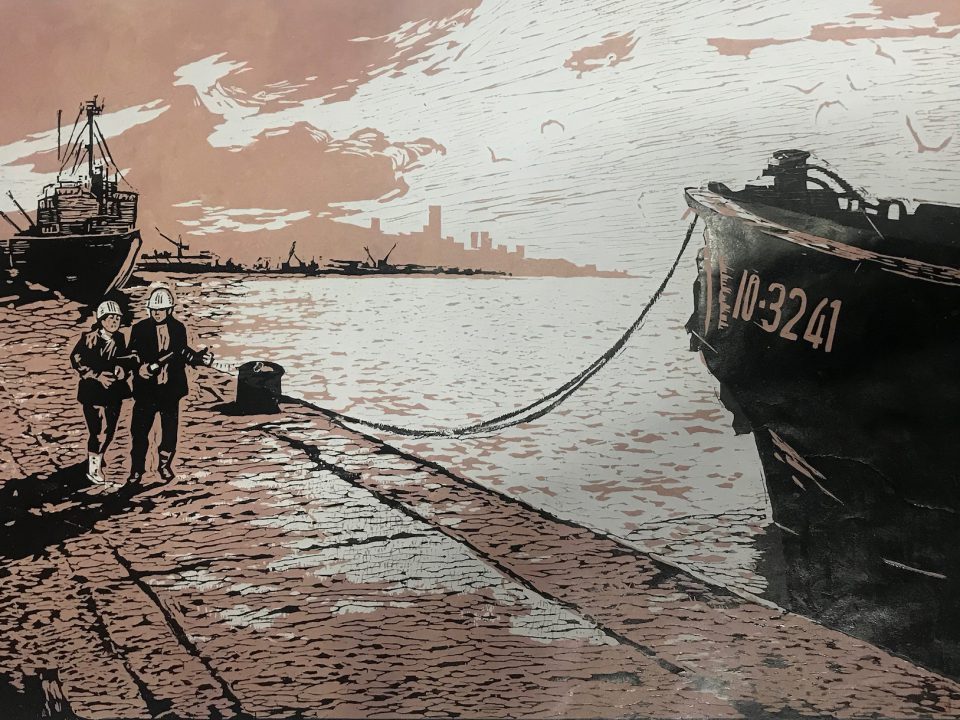 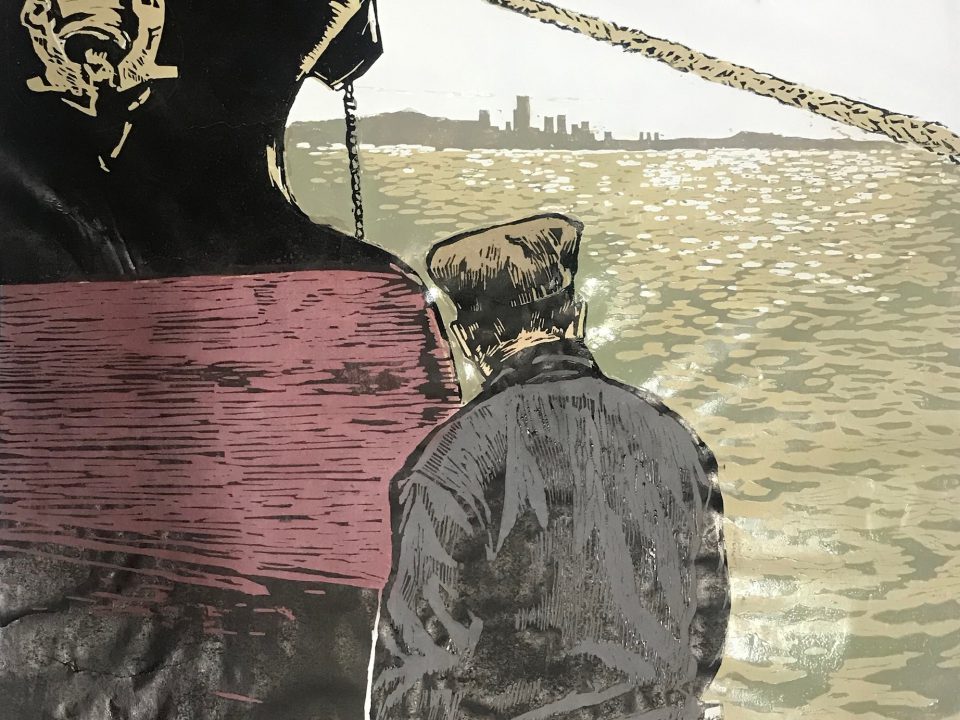 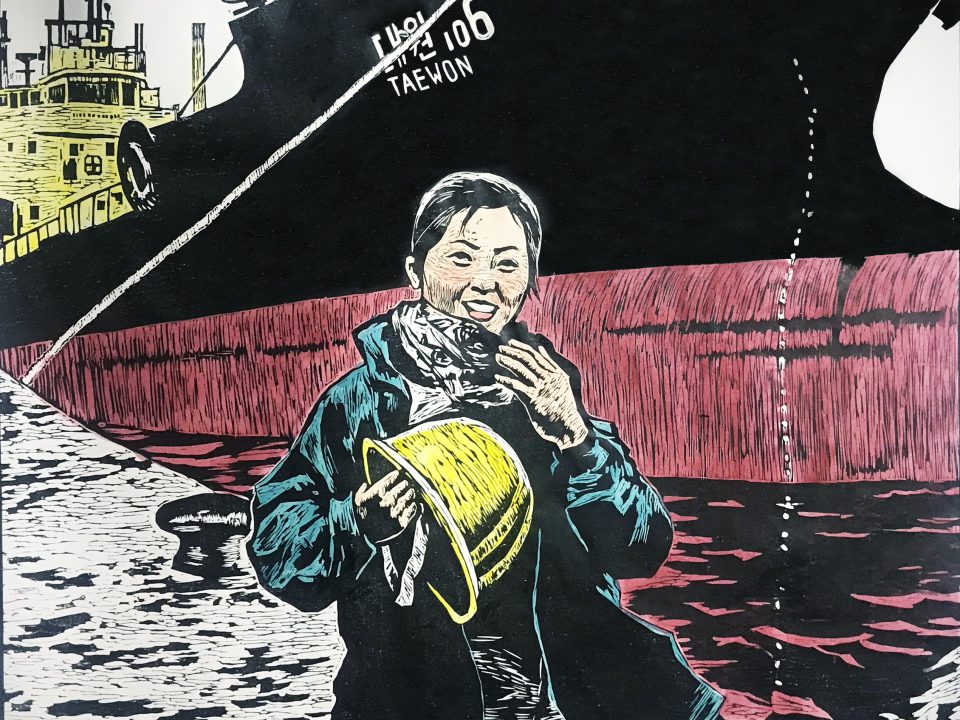