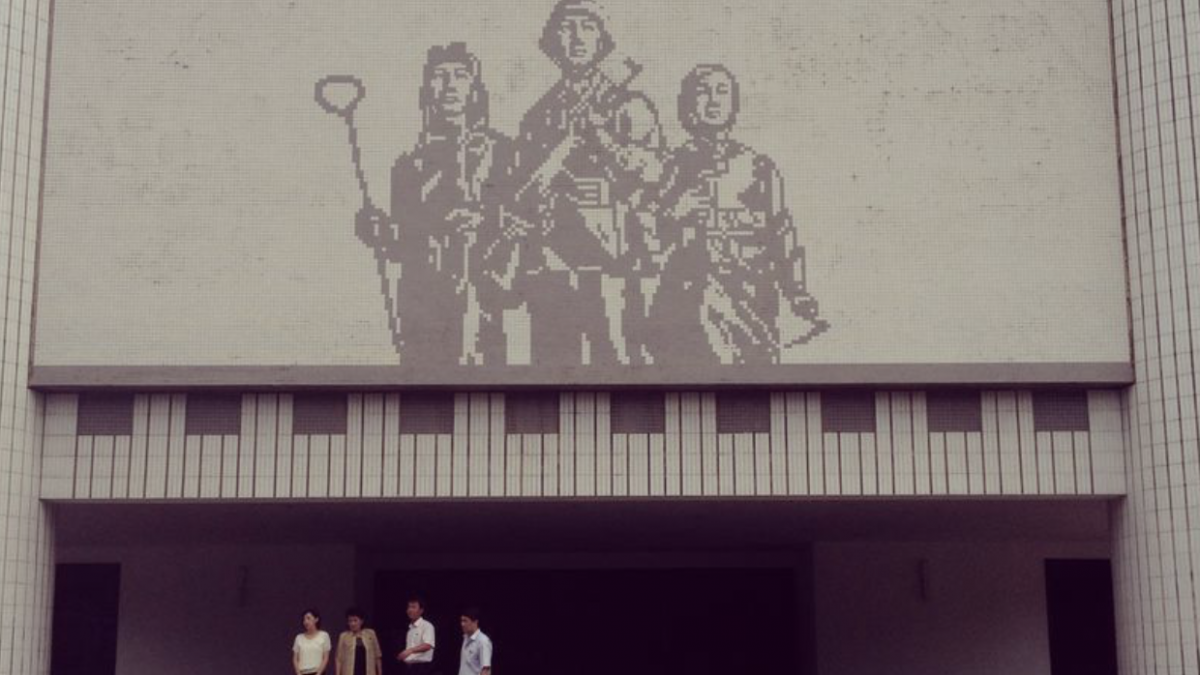 Focusing on producing military-themed films, the April 25th Film Studio in Pyongyang is a film studio in North Korea that has been producing North Korean films since the 1960s.

It’s located on the southern outskirts of Pyongyang and can be visited by tourists, although not the actual inside complex, and it is rarely visited in general. There is a 1000 seat cinema and the front of the building alone is impressive enough.

It’s name, and indeed function, comes from the date 4.25, which is the foundation day of the Korean People’s Army. This date was previously marked on Feb 8th ‘Army Day’ when the KPA was actually founded, but celebrated in the North Korean calendar on April 25th, but changed to be associated with the foundation of the Guerrilla Army that fought the Japanese. Both days, nevertheless, remain important days to the North Korean people – especially those who have fought in the army.

Largely military-themed propaganda films showing the exploits of the KPA and other military branches such as the Navy, Air Force, and the Special Forces. All spiced up with a big of melodrama and self-sacrifice thrown in!

This was the first North Korean film to be shown on an Air Koryo flight in 2008 when TV screens were introduced. Think martial arts, spies, heroes, and many a brave, selfless act!

Wolmi Island is near Incheon. This tells the story of how a small unit fought against American naval forces during the Korean War, delaying the “Incheon Landing” for what is said to be days.