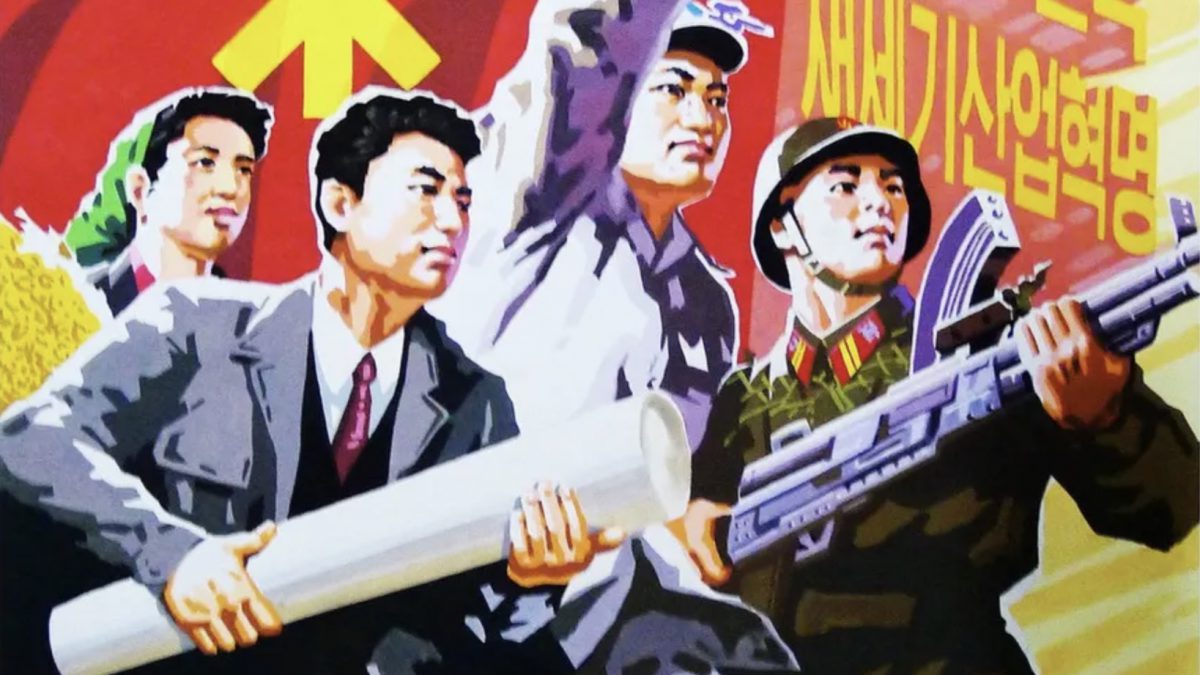 The Nikkei Asian Review article can be fount at: https://asia.nikkei.com/Life-Arts/Arts/North-Korean-art-captures-the-world-s-imagination

Detail of a painting titled “Follow the Orders of the Great Party and Win the Final Victory!” Hand-painted in acrylic on heavyweight paper by North Korean artists, it is based on a propoganda poster.

While the world continues to struggle with restrictions related to COVID-19, North Korea has turned disengagement into an art form. Always among the world’s most isolated places, the Hermit Kingdom has been sealed off since the SARS-CoV-2 virus that causes the disease emerged in neighboring China.

“North Korea was the first place to close its borders, and it will probably be the last to reopen” said Nicholas Bonner, a U.K. expatriate whose Beijing-based Koryo Tours is the global leader in guiding Western visitors to the world’s most difficult tourist destination.

But Bonner continues to offer a glimpse into North Korea through its unique art, highlighted in his recent webinar “Art or Propaganda? Culture inside the DPRK,” one of a series of online programs on North Korea organized by Political Tours, a U.K.-based travel group. The initials DPRK refer to the country’s official name, the Democratic People’s Republic of Korea.

“A lot of Western art historians probably would be dismissive of North Korean art, thinking that it’s simply a kind of derivative propagandistic art in the service of the state,” said Beth McKillop, a senior research fellow at London’s Victoria and Albert Museum, who specializes in the art of East Asia, including the Korean Peninsula.

Yet interest has been keen, she said, in part because of the global media’s fascination with North Korea, which has recently focused on speculation about the health of Kim Jong Un, the country’s autocratic ruler, who disappeared from view in April but has since reportedly reappeared.

Top: A classic North Korean painting, extolling the toil of workers and collective spirit. Titled “Break-time (Nampo Highway construction),” this 2001 piece by artist Kim Sang Hun is in the distinctive medium of chosonhwa. Bottom: The North Korean exhibit at the Venice Architecture Biennale in 2014.

Museums are eager to add North Korean work to collections, McKillop said, but not necessarily for purely artistic reasons. “North Korean art seems archaic — a remnant of a bygone age,” she added. “Rather like 1950s cars in Havana, it is a nostalgia trip.”

B.G. Muhn, professor of painting at Georgetown University, in Washington, and curator of the North Korean art exhibition at the 2018 Gwangju Biennale in South Korea, said much of the country’s art is in the socialist realism tradition of the former USSR, which serves mainly to promote the state and its succession of dictatorial rulers from the Kim family.

Top: Nicholas Bonner, center, visits artists at North Korea’s renowned Mansudae Art Studio, the largest in the world. Bottom: Detail of a large work by Ji Dong Seok that celebrates North Korean workers involved in the construction of the May Day Stadium.

“Art in the DPRK is far more diverse and broader in scope than the outside world might realize,” said Muhn, adding that most collectors are Chinese, with scattered interest in South Korea, Europe and elsewhere. But the market remains small, and pieces can be acquired for as little as $100, including from souvenir shops in the country. Prices soar to hundreds of thousands of dollars for major ideological works and large collaborative paintings, Muhn said.

Bonner, who has led many art tours to the country, offers North Korean art for sale through Koryo Studio, his Beijing-based gallery, including copies of propaganda posters, hand-painted by North Korean artists from original works, such as “Follow the Orders of the Great Party and Win the Final Victory!” for 350 euros ($395) and “Kill the Enemies that Hinder the Motherland’s Reunification” for 500 euros.

Bonner has also been allowed to commission original work, including “The Future is Bright,” a collection of prints of undersea and outer space scenes that could have been culled from 1960s comic books. The collection resulted from meeting the artist, Kim Kwang Nam, “and both of us remembering our childhoods reading comics set in the future,” said Bonner, adding that he and Kim shared similar boyhood obsessions, with different perspectives.

Detail of “Filtration Under the Sea,” a special commission by Koryo Studio. A 2015 linocut by North Korean artist Kim Kwang Nam, it is part of a group of 17 original works looking at man’s exploration of the sea and space.

“His comic space heroes were socialist countries working together,” said Bonner. Examples are for sale through Koryo Studio in the form of limited edition linocut prints in sets of 15, which sell for between 1,600 and 1,900 euros.

Bonner, who trained as a landscape architect and is also an artist, became the Western world’s window on North Korea by accident in the 1990s, when he visited college friends who had studied Chinese at Leeds University in the U.K. and were living in Beijing. One had helped to set up an office in North Korea for a Western courier company, and through contacts in Pyongyang the pair began running tours to the reclusive country. When his friend left China, Bonner took over the business.

Over the last quarter century, he has made an estimated 200 visits, and pioneered tourism to all manner of locations from forlorn factories to amusement parks. He has also built

up trust and access, resulting in his involvement in many films, including the award-winning “The Game of Their Lives” (2002), about a plucky North Korean football team that raced to the quarterfinals of the 1966 World Cup, and “Crossing the Line” (2006), about an American soldier who defected to North Korea in 1962. Bonner also coproduced and codirected the 2012 feature film “Comrade Kim Goes Flying,” which was shot in North Korea.

From the outset, he said, he had a special passion for North Korean art. “My first trip, I was blown away by the art and the imagery. All these massive works, all the huge portraits.” His collection now totals about 1,000 pieces, including oil works from the 1950s by Koreans who moved north after the peninsula was divided in 1945 or after the Korean War (1950-1953).

Despite his unprecedented access to North Korea, Bonner is realistic about the nature of his visits. “People really do not express themselves,” he said, noting that artists have to stick to regimented themes, extolling the country’s leaders and their works. North Koreans are invariably depicted with grandly stoic grins — “like 100,000 volts ripping their bodies,” he joked.

Yet, given the lack of other sources of information, North Korea watchers sift through the country’s artwork for hidden insights and meaning. “Art takes on a larger importance given there is so little we see from North Korea,” said Paul French, author of “North Korea: State of Paranoia.”

Top: “Let’s enlarge our agricultural land by discovering more land!” This work from 1981 extolls the expansion of agriculture, and has been used to make a run of reproductive prints. Bottom: Propaganda posters remain a prevalent feature of North Korea, as seen by these giant examples in Pyongyang.

Like many writers on North Korea, French is best known as a China scholar and writer, and is well-versed in the perusal of photographs and state propaganda for clues to changes in closed societies. “When you are looking at North Korean art, you are seeing real North Korea, not filtered through South Korean intelligence or North Korean defectors,” he said.

North Korean art also stands as a last vestige of socialist realism, once prevalent from the USSR to Africa. During the Cold War, and through the end of the 20th Century, French said, “there was a huge interest in this socialist aesthetic.” Now, North Korea seems a surreal outlier.

Yet the value of the country’s art is enhanced by its scarcity. Developing in divergence with art elsewhere around the world, it survives as a kind of “Galapagos art,” said Muhn. “No art in the world, anywhere, currently is like North Korean art, especially chosonhwa.”

The Nikkei Asian Review article can be fount at: https://asia.nikkei.com/Life-Arts/Arts/North-Korean-art-captures-the-world-s-imagination 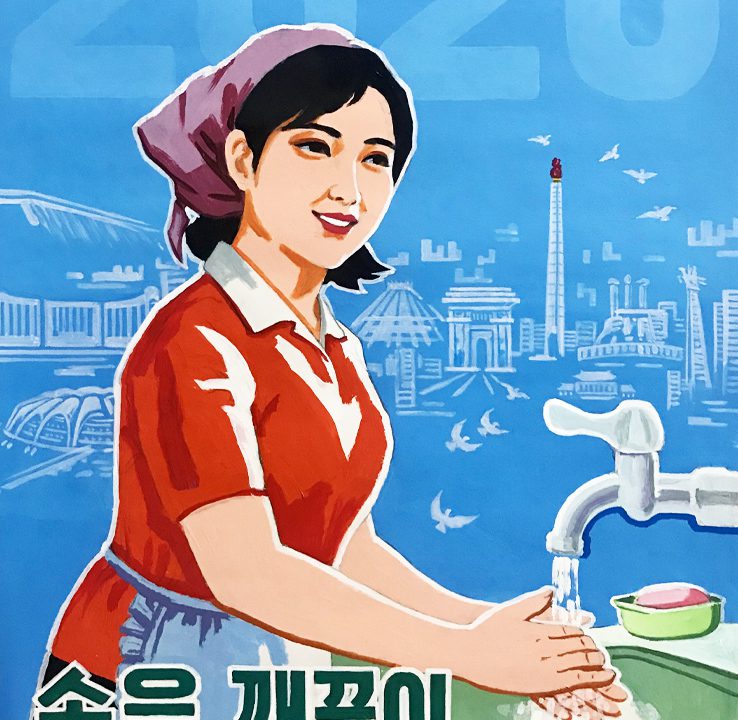 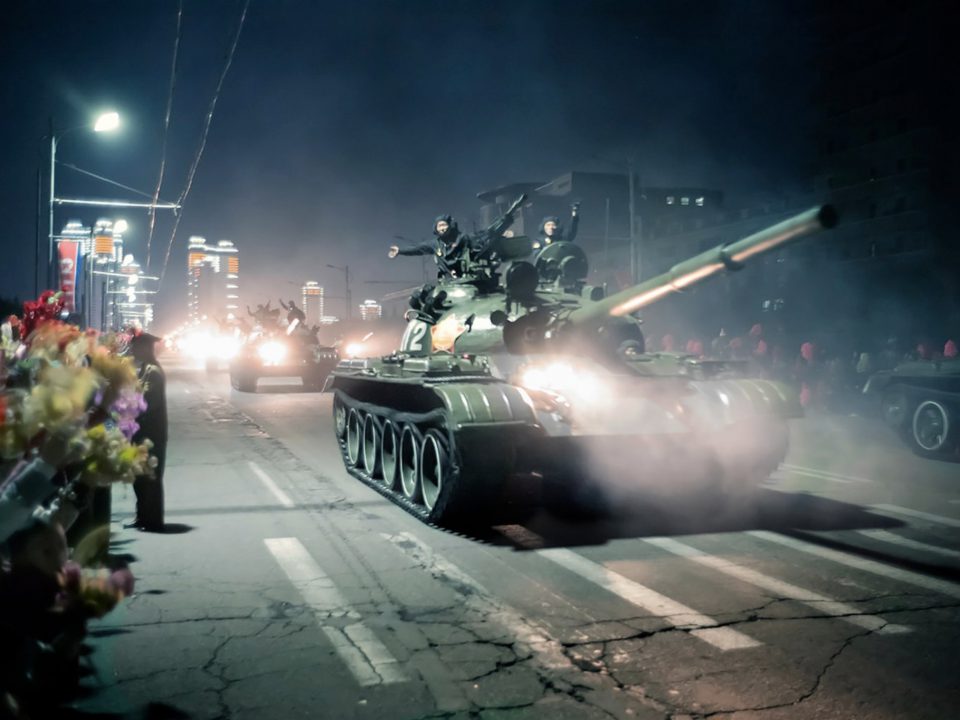 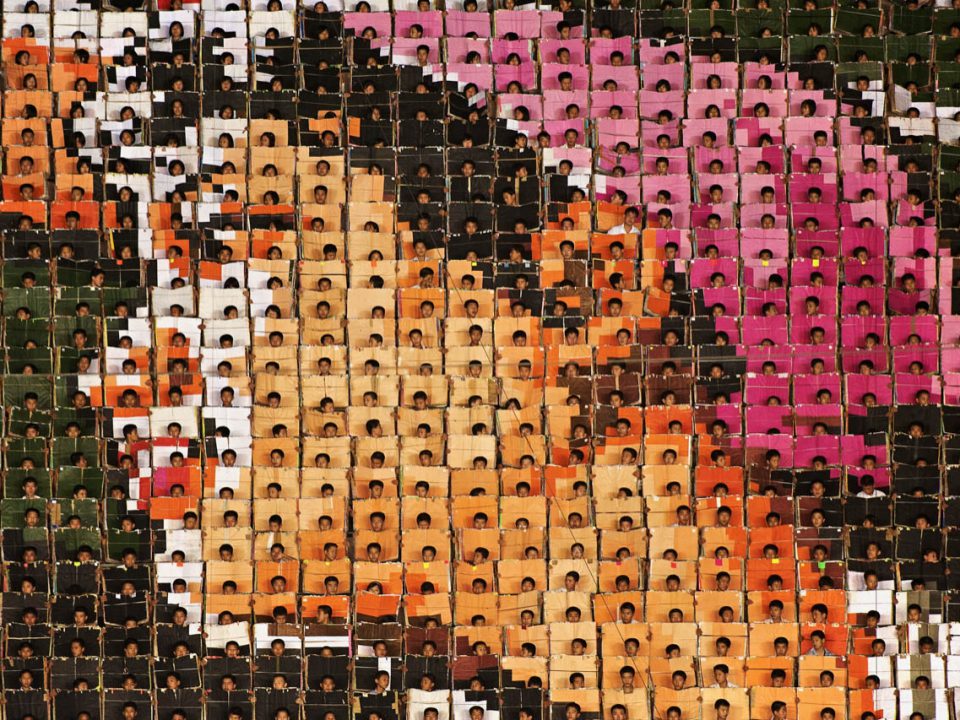