The Beautiful Future is a unique collaboration between Nick Bonner of Koryo Studio, Dominic Johnson-Hill of Plastered 8, and a group of North Korean artists living in North Korea’s capital Pyongyang. Nick and Dominic’s inspiration for The Beautiful Future was to portray modern Chinese icons in a funky socialist future. Teaming up with the best socialist artists in the world resulted in the creation of this very unique series of paintings. It was one of the first times Western designers had collaborated with artists from North Korea and the results were as intriguing as they were visually spectacular.

Nick Bonner and Dominic Johnson-Hill have lived in Beijing since 1993.  Nick is a North Korean specialist commissioning and curating North Korean art, as well as the director of Koryo Tours. Dominic has been producing graphic artwork with Chinese artists for his streetwear brand Plastered 8 since 2006.

Nick and Dominic had the unprecedented opportunity to work with North Korean artists who specialised in detailed artwork. Normally their projects were limited to interior or graphic design, but this commission was for the artists to capture rituals of life in contemporary China set on a stage of socialism – of an age both lost and imagined.

Simple sketches and photographs depicting Beijing and its contemporary architecture were given to the artists who were then asked to create their perceived vision of a futuristic Beijing, both in terms of buildings and everyday life. What should be remembered is that these artists are completely cut off from the outside world so their vision derived purely from the little information we gave them, or what they had seen in the North Korea media, and their own imaginations.

The finished artworks were, quite literally, a perceived vision of China through the eyes of a North Korean artist. Unwittingly, in many ways, they depict China’s future, or what is now know as ‘The China Dream’.

The project started in 2007 (the commission was before many of the featured architectural elements were completed, and the North Korean artists would use digital renderings as reference). Each artwork was hand painted in Pyongyang. As there was no Internet, telephone, or mail communication with the artists the project took over two years to complete. Nick travelled to Pyongyang several times to record the progress. 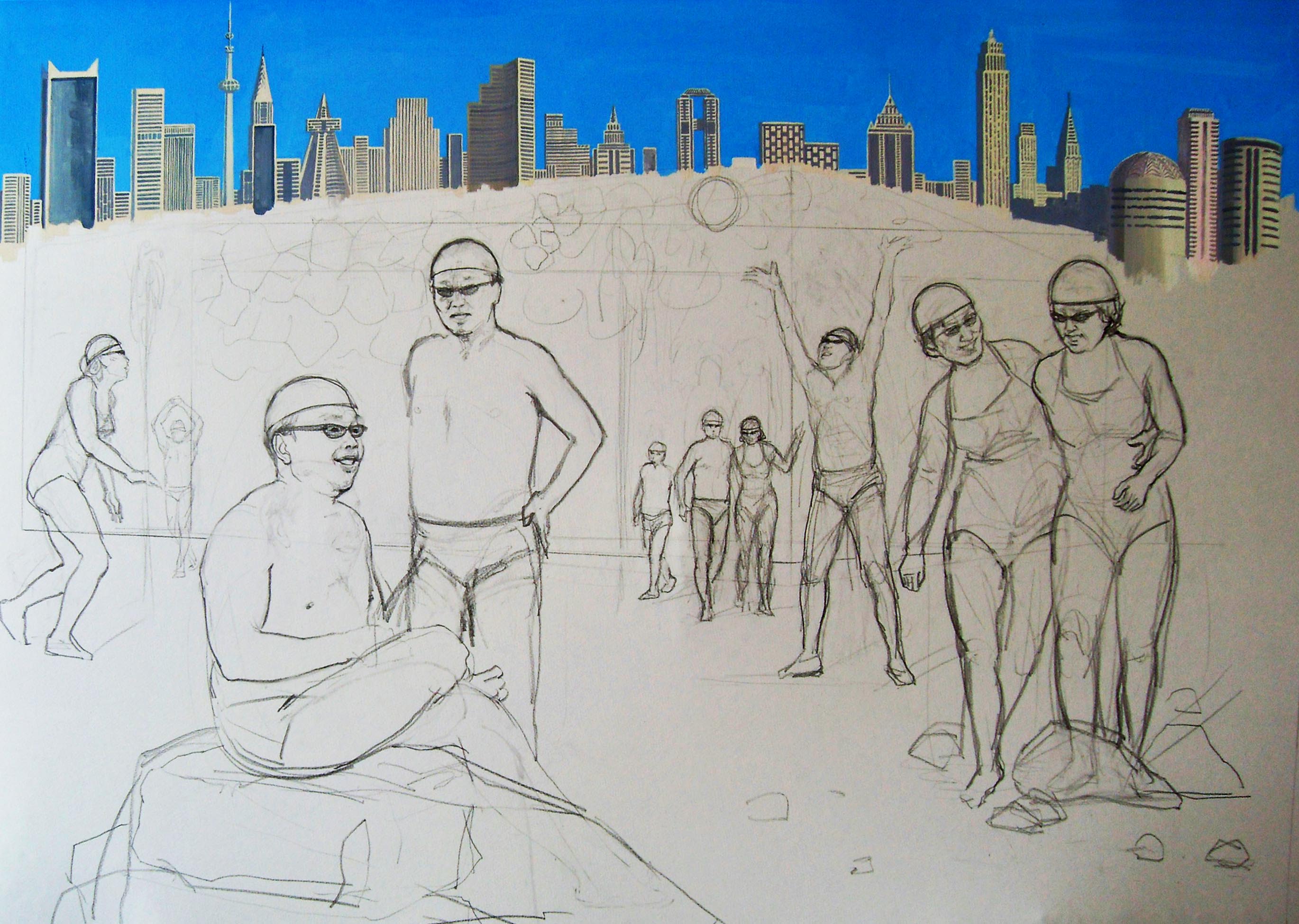 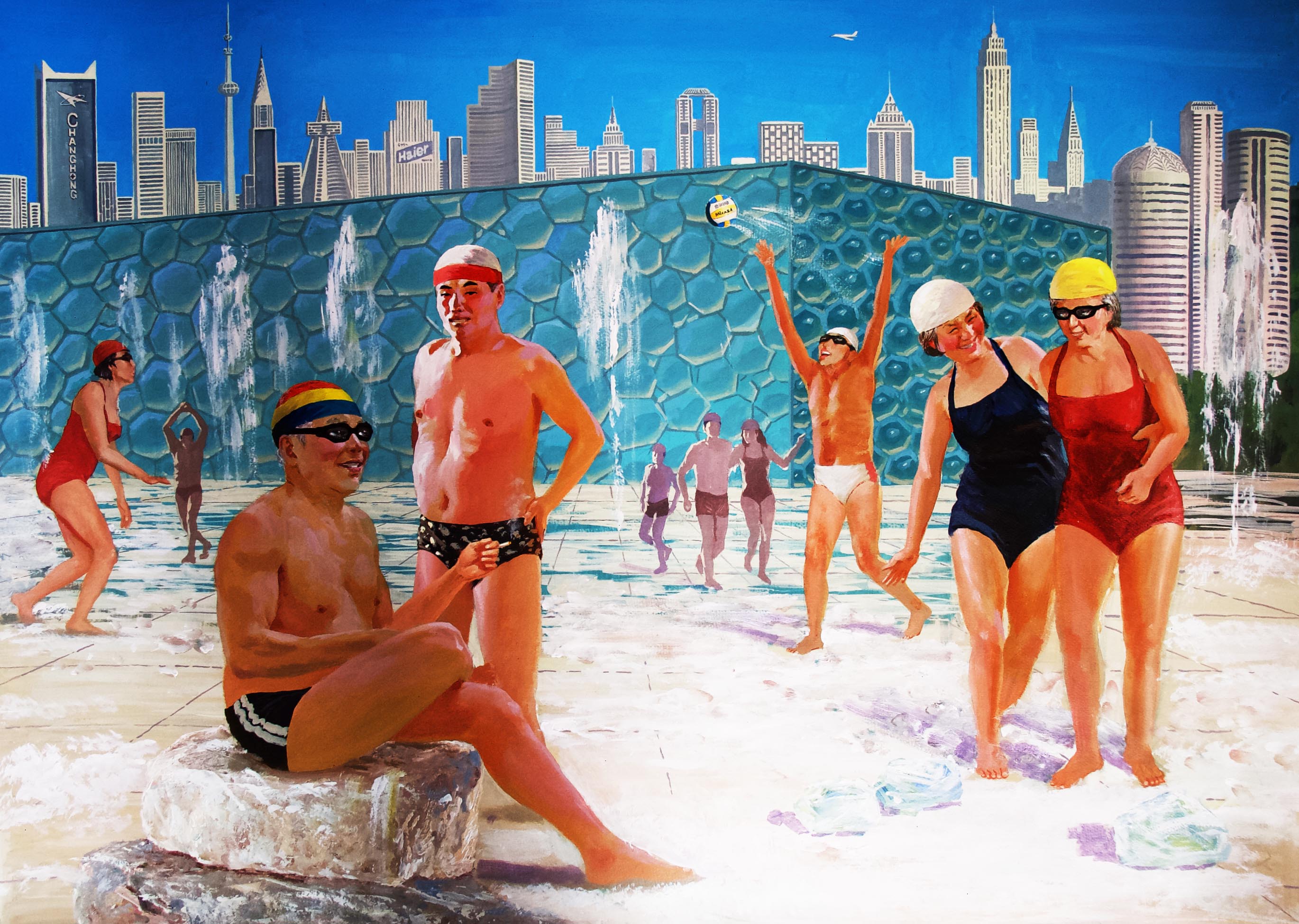 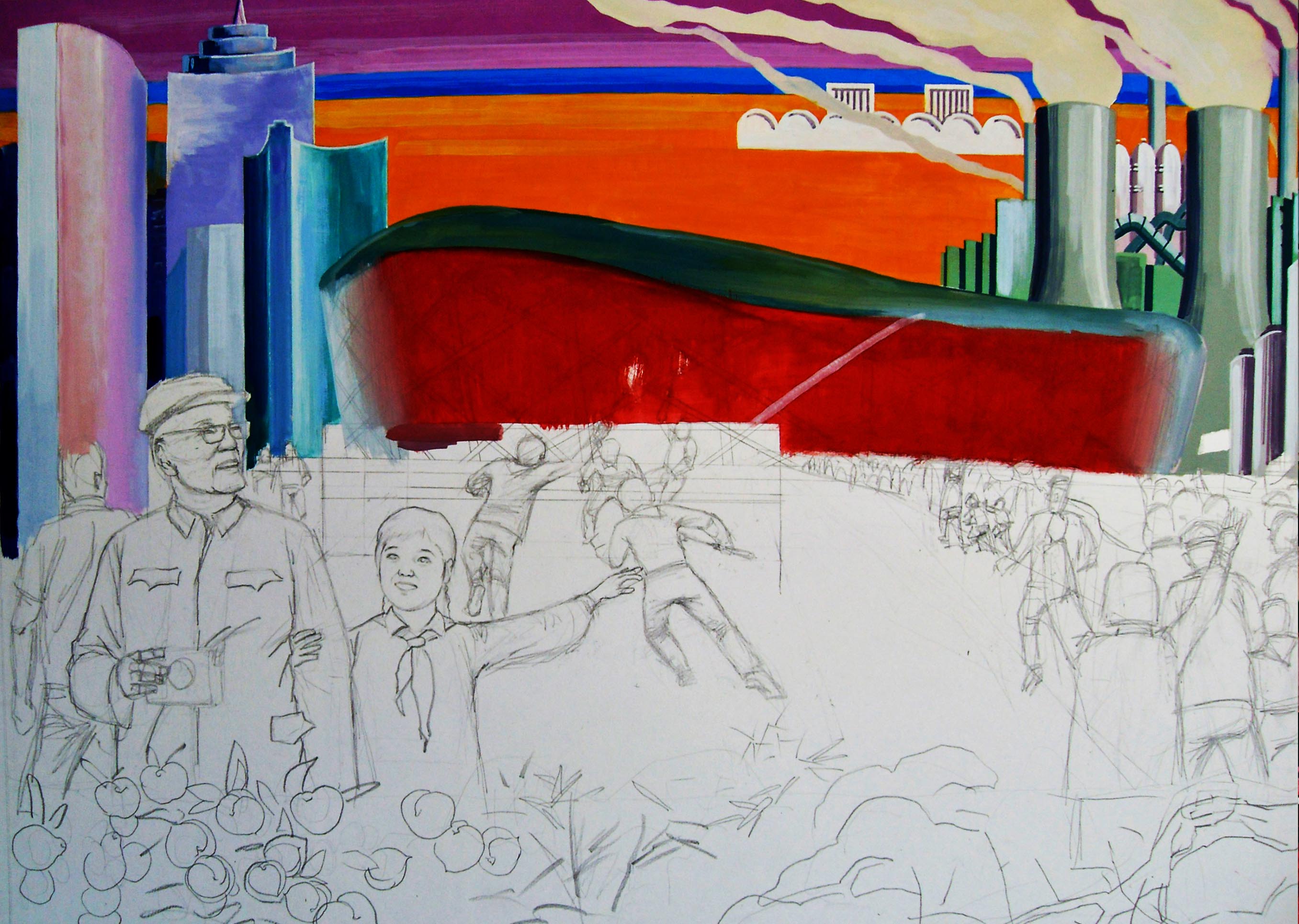 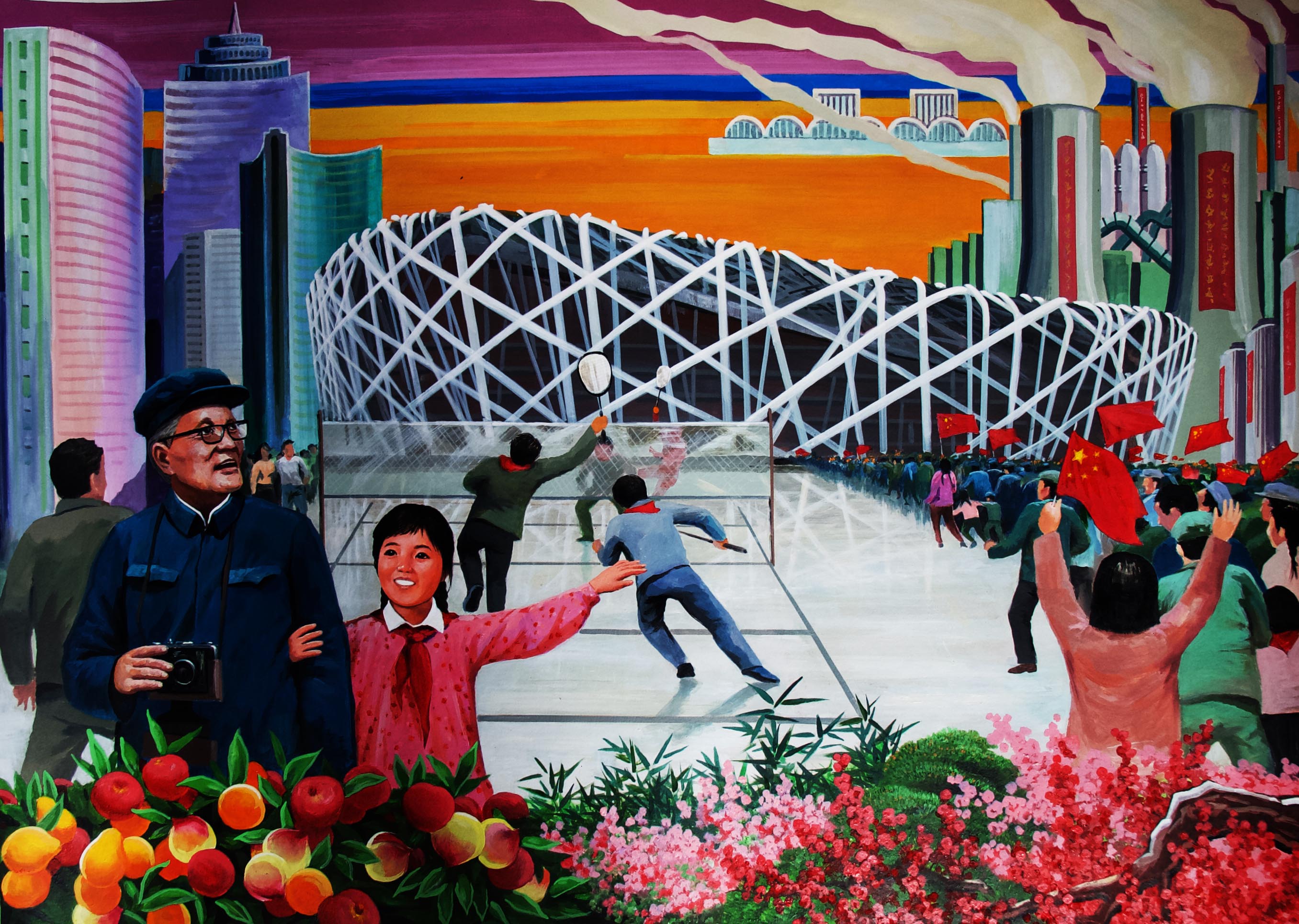 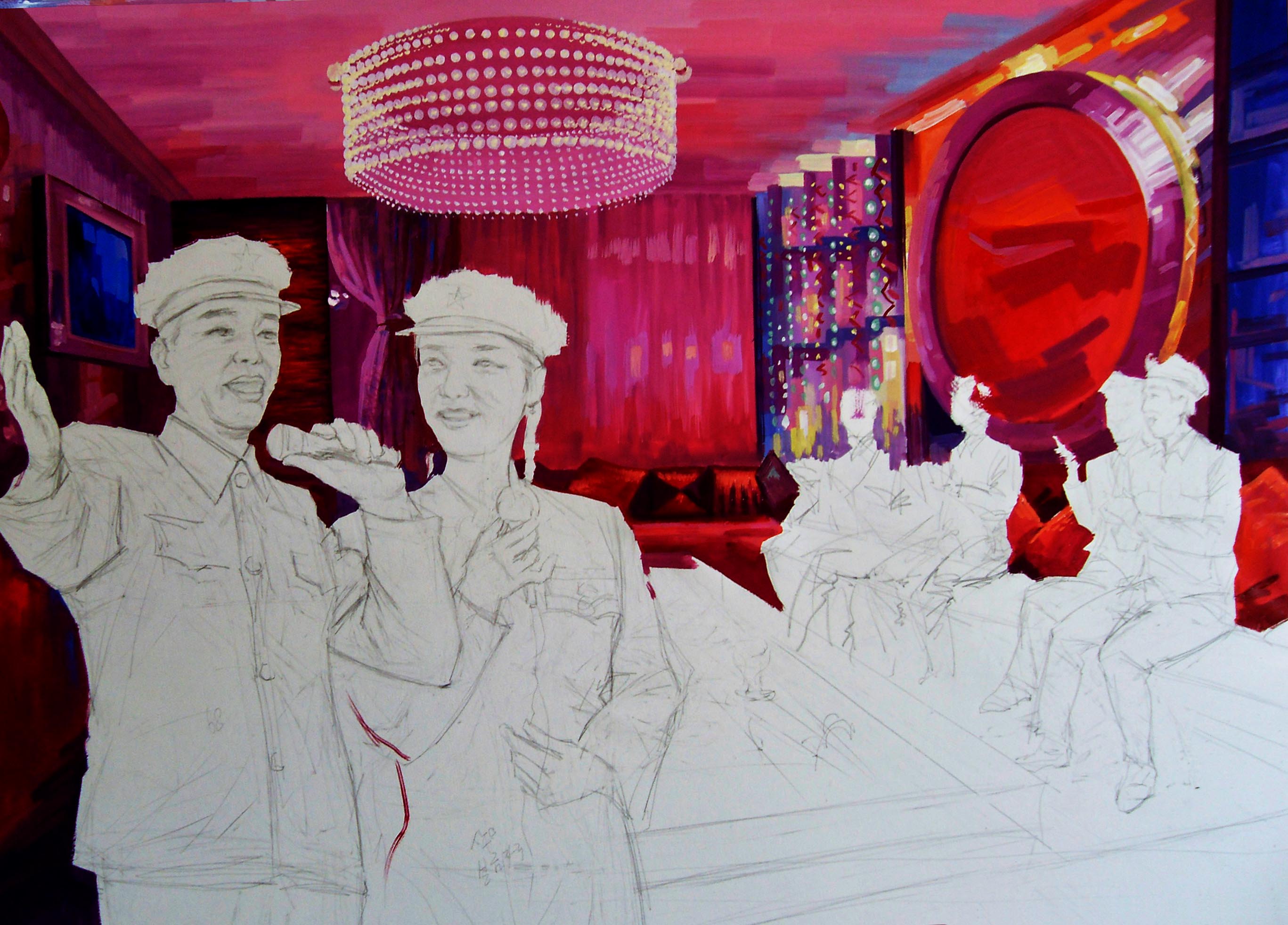 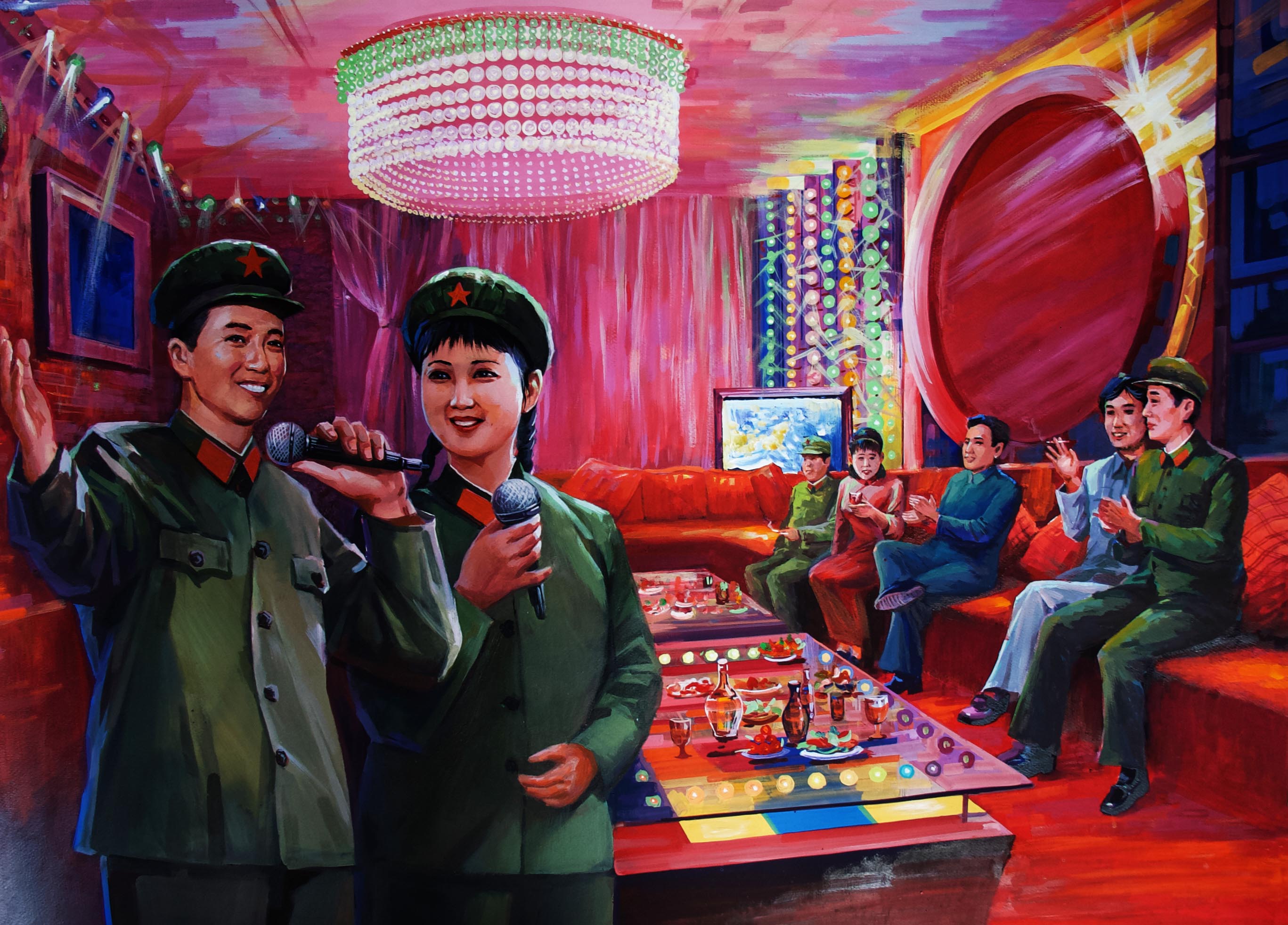 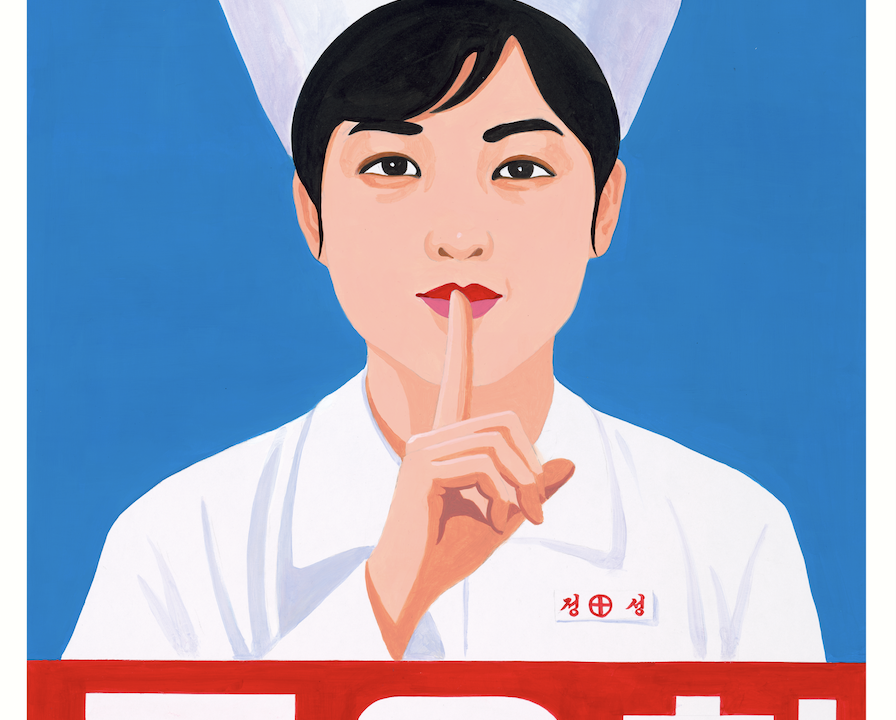 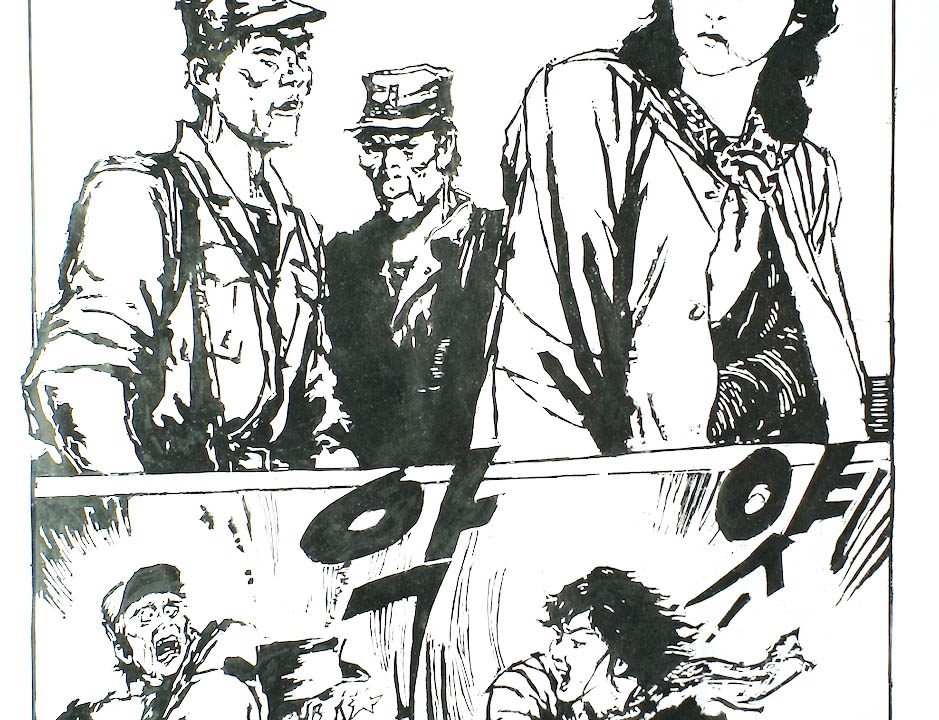 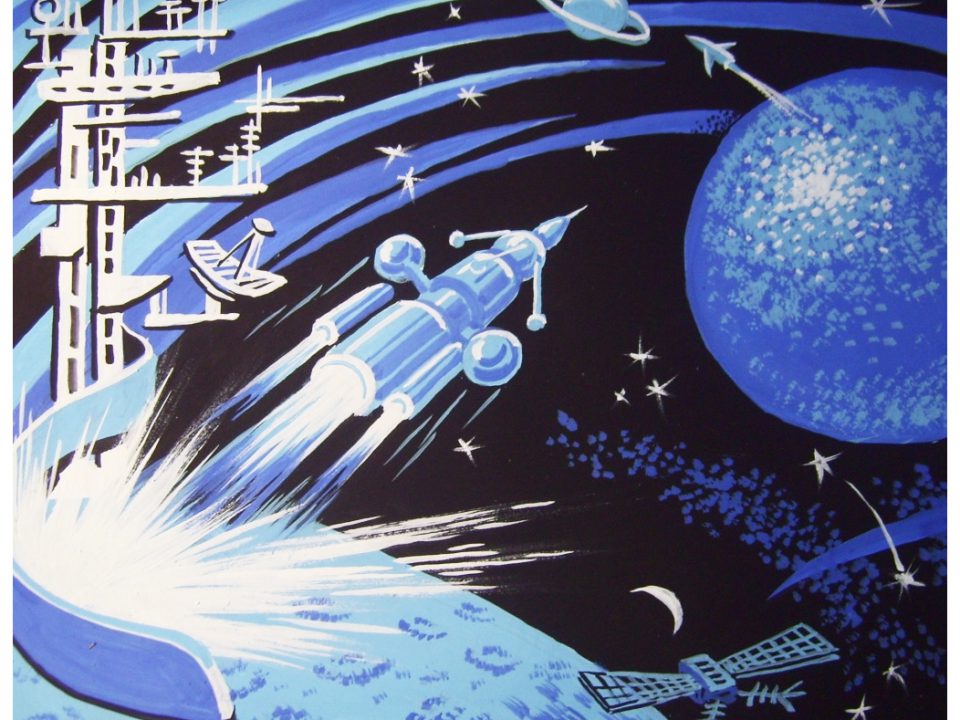 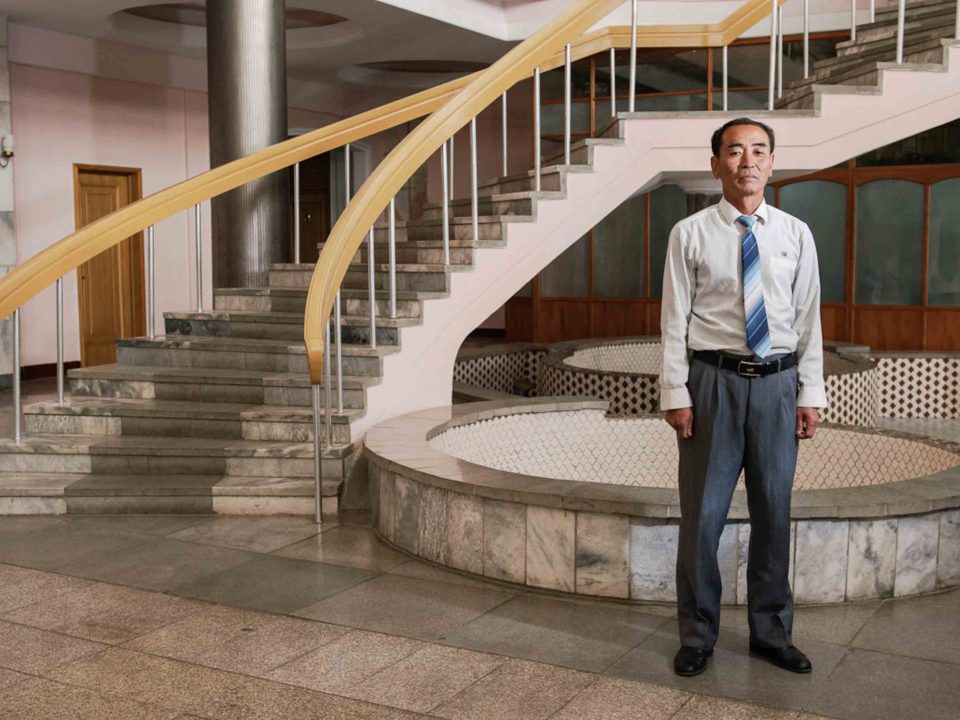