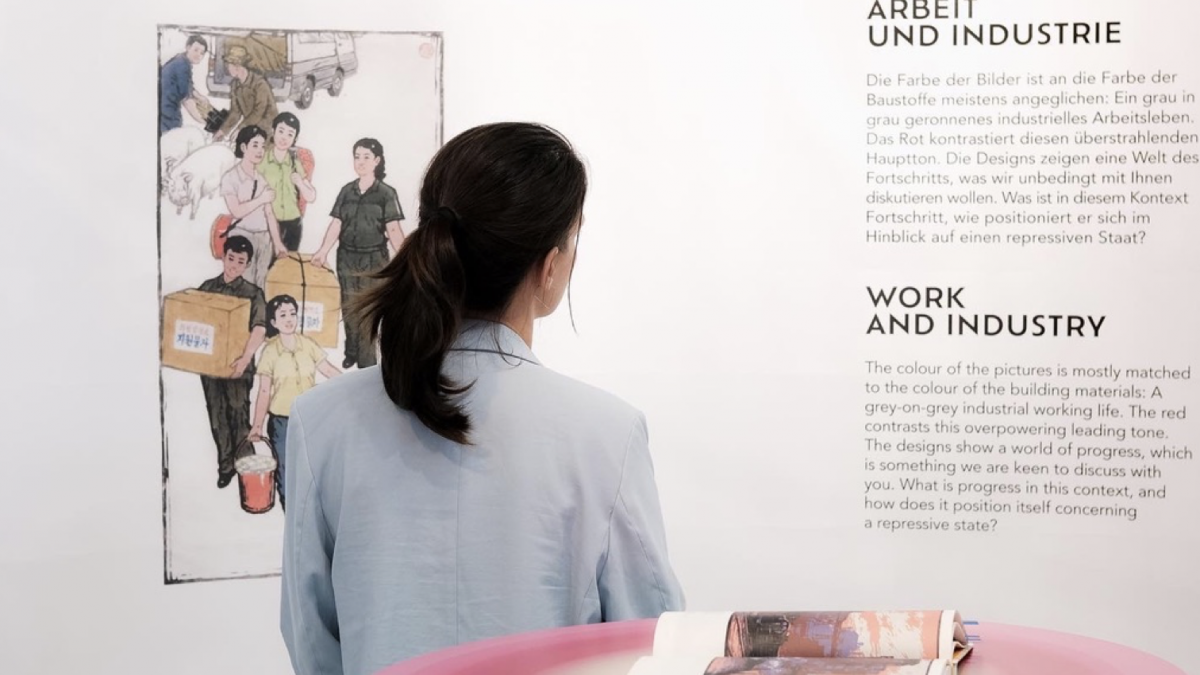 An exhibition at the designforum in Vienna (July to September) featuring a selection of North Korean linocuts giving a glimpse into the country behind the politics and also the creativity behind the propaganda.

Never-before-seen North Korea – a rare glimpse into the country behind the politics and the creativity behind the propaganda. This incredible collection of prints dating from the 1950s to the twenty-first century is the only one of its kind in or out- side North Korea. Depicting the everyday lives of the country’s train conductors, steelworkers, weavers, farmers, scientists, or fisherman. These unique linocut and woodblock prints are a fascinating way to explore the culture of this still virtually unknown country. Together, they are an unparalleled testament to the talent of North Koreas’ artists and the unique social, cultural and political conditions in which they work.

Using innovatively designed circular screens the art works were shown in printed format accompanied by various framed original works. There were numerous debates to decide if it was suitable to put on a show featuring North Korean ‘soft propaganda’ however the project proceeded, and it became desingaustria’s most successful exhibition to date. 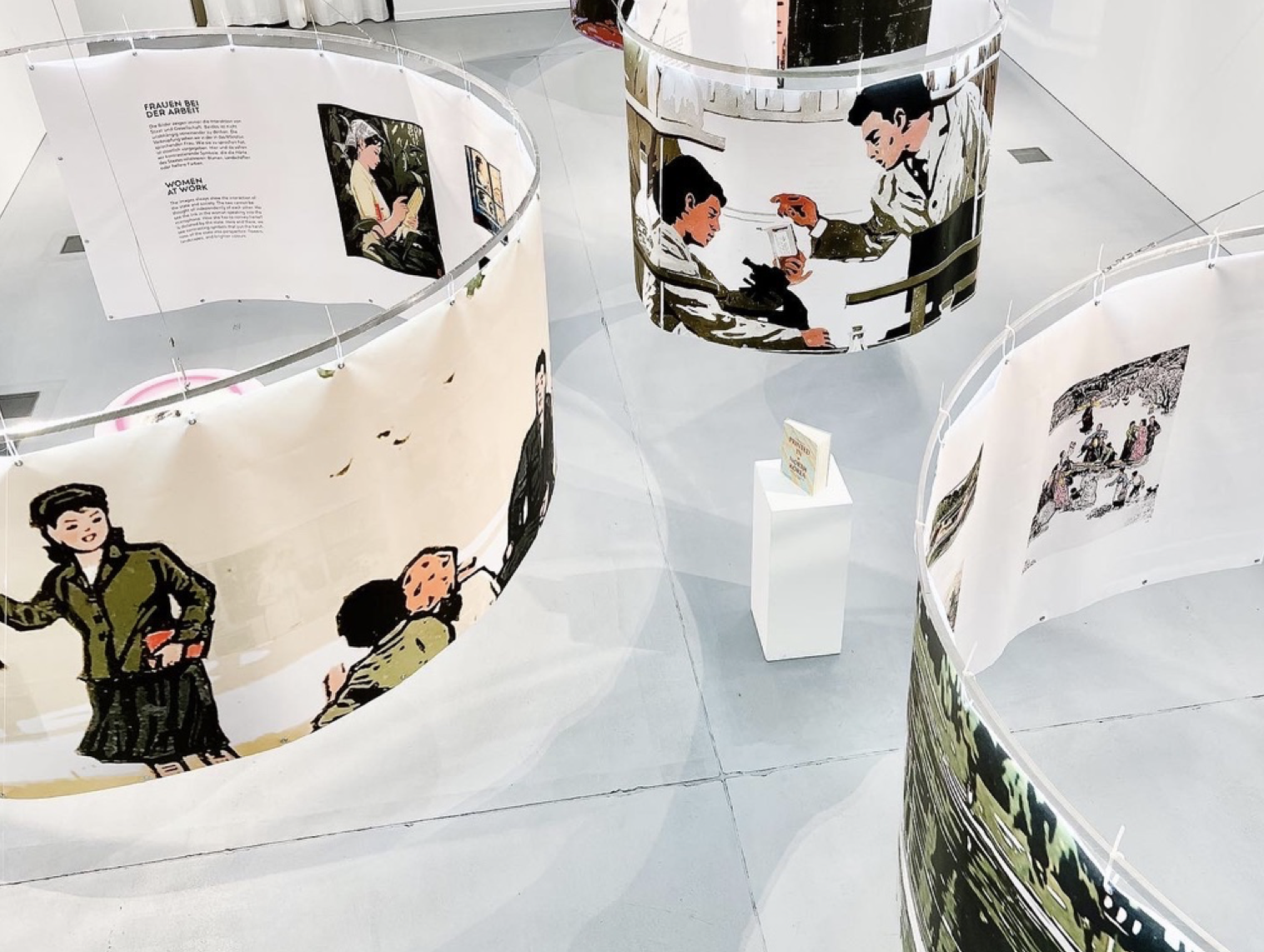 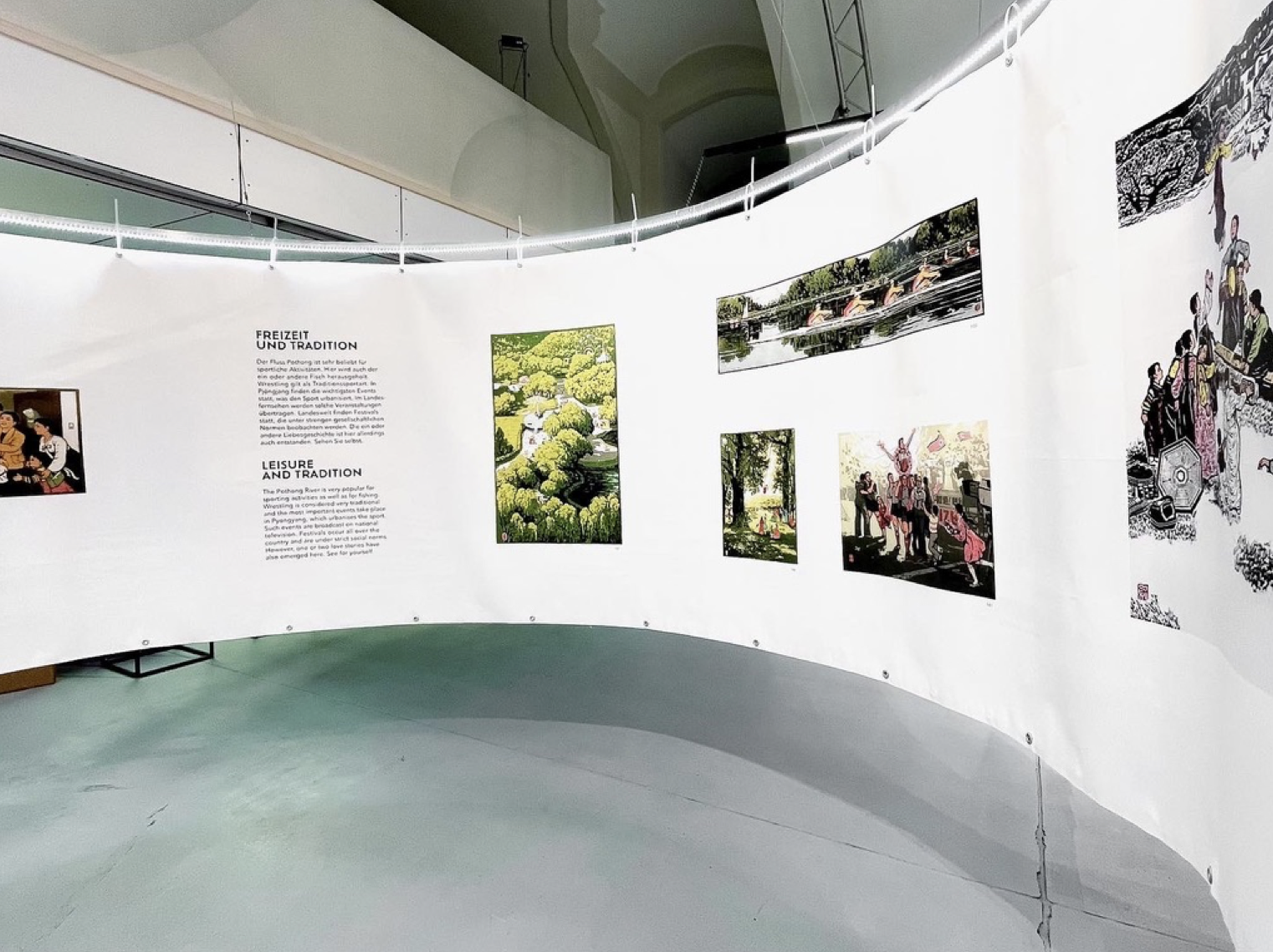 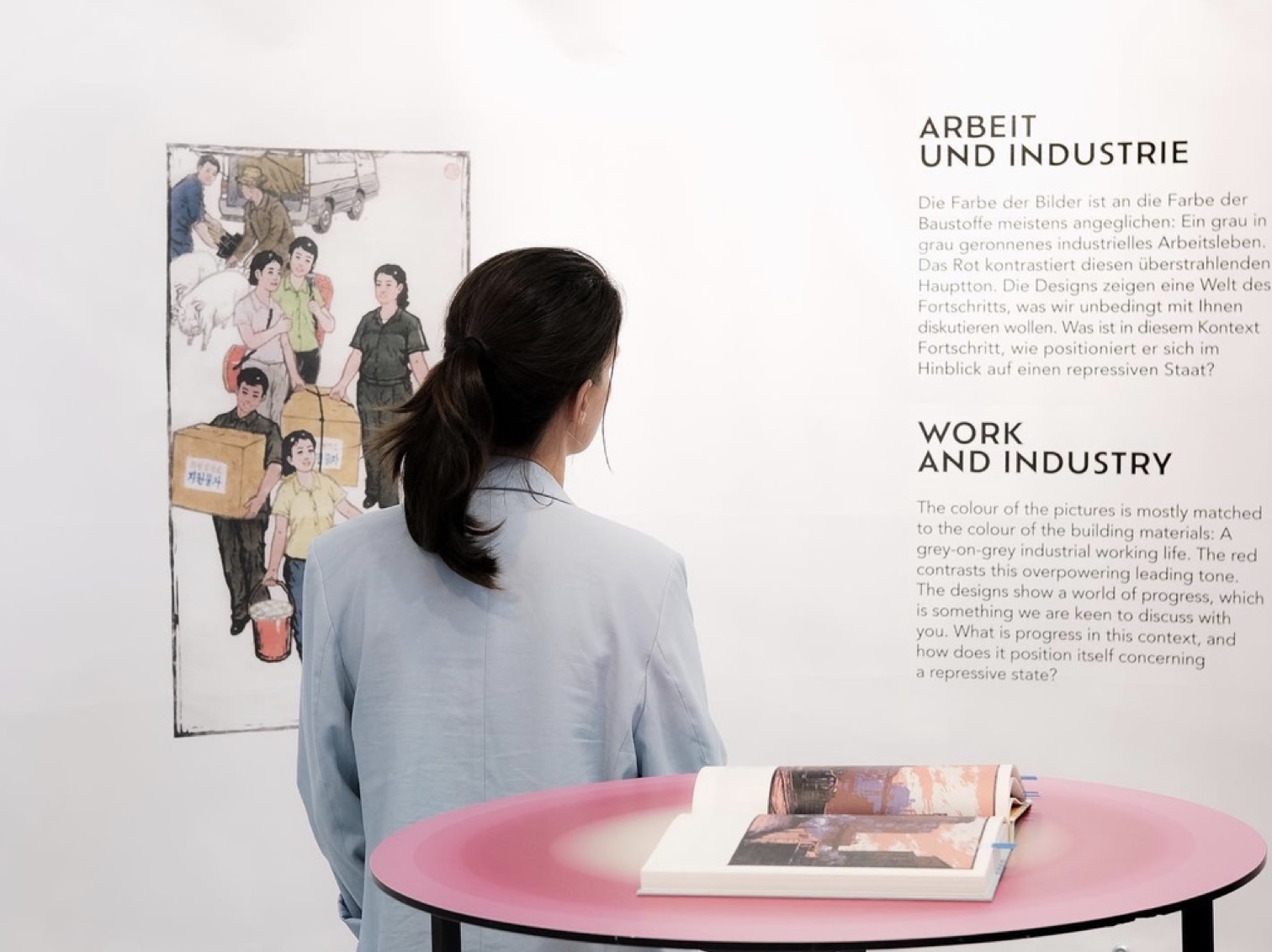